Add to Lightbox
Image 1 of 1
BNPS_BillieJeanKing_01.jpg 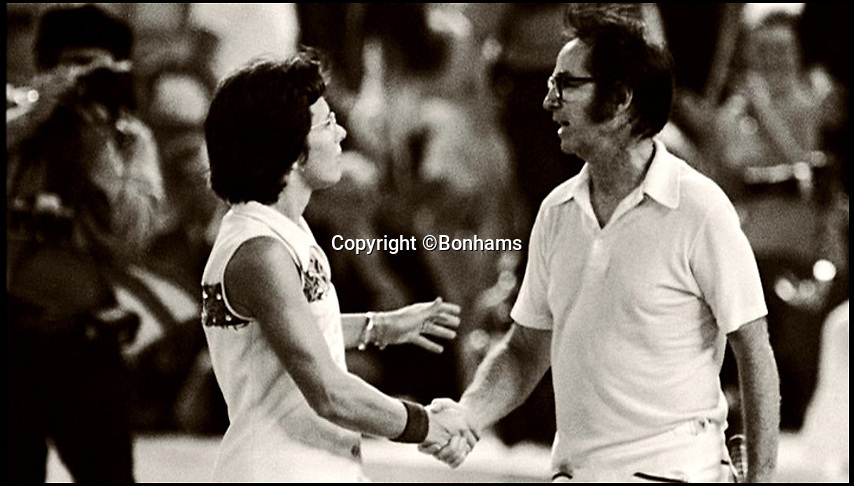 The wooden tennis racquet used by Billie Jean King to defeat chauvinist male player Bobby Riggs in their world famous 'Battles of the Sexes' match is tipped to sell for £150,000.

Almost 50 million people around the world tuned in to the one-off match in September 1973 which pitted that year's Wimbledon women's champion against former tennis star Riggs.

He had claimed the women's game was far inferior to the men's and challenged King to a match which she ended up winning three sets to love.

The result gave a huge boost to the women's game and their battle for equality.

The battered racquet was later donated by King for a charity auction and now belongs to a private collector who is selling it.
©Bonhams 22 Nov 2017 854x486 / 292.7KB