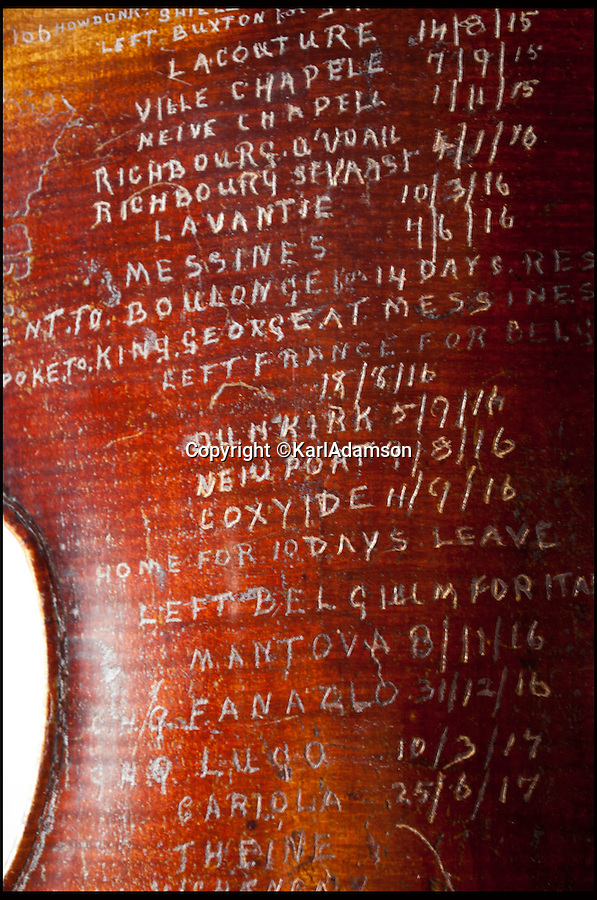 The untold story of how a British soldier used a violin as a war diary has come to light 100 years after the start of the First World War.