Add to Lightbox
Image 1 of 1
BN_BN_MonroeInKorea_03.jpg 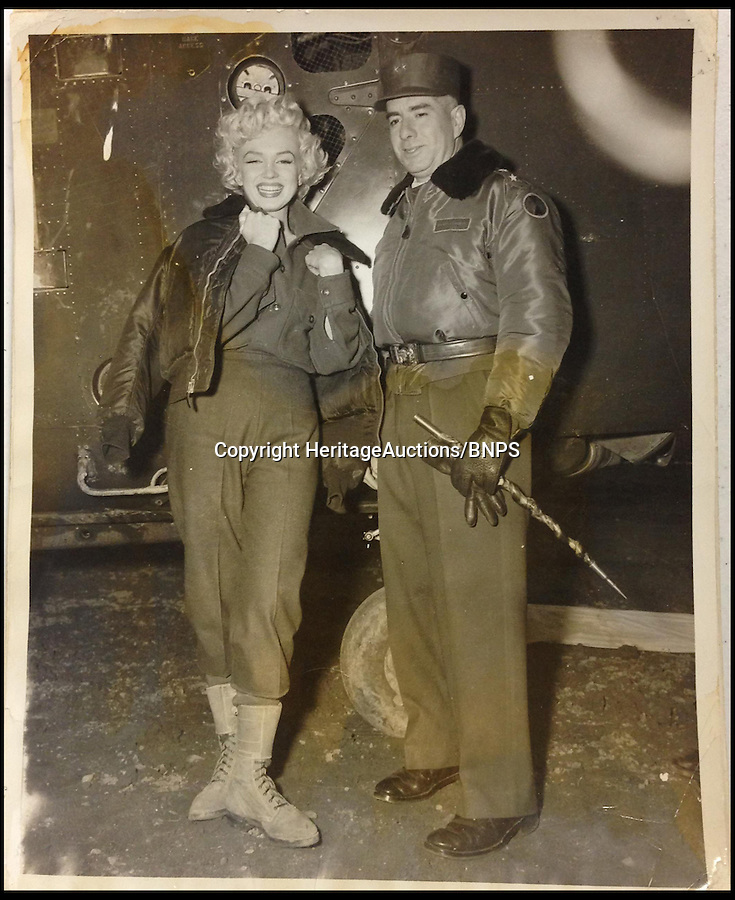 Never-seen-before photos and footage of Marilyn Monroe wooing soldiers in the aftermath of the Korean War have emerged for sale. The whirlwind tour saw the star perform 10 shows over four days to more than 100,000 soldiers and marines who were celebrating the end of three years of combat in 1954. The rare images were bought by a collector in the 1990s direct from the military photographer and have never been published.
HeritageAuctions/BNPS 30 Jul 2013 2113x2587 / 1.0MB