Add to Lightbox
Image 1 of 1
BNPS_RareSurvivor_06.jpg 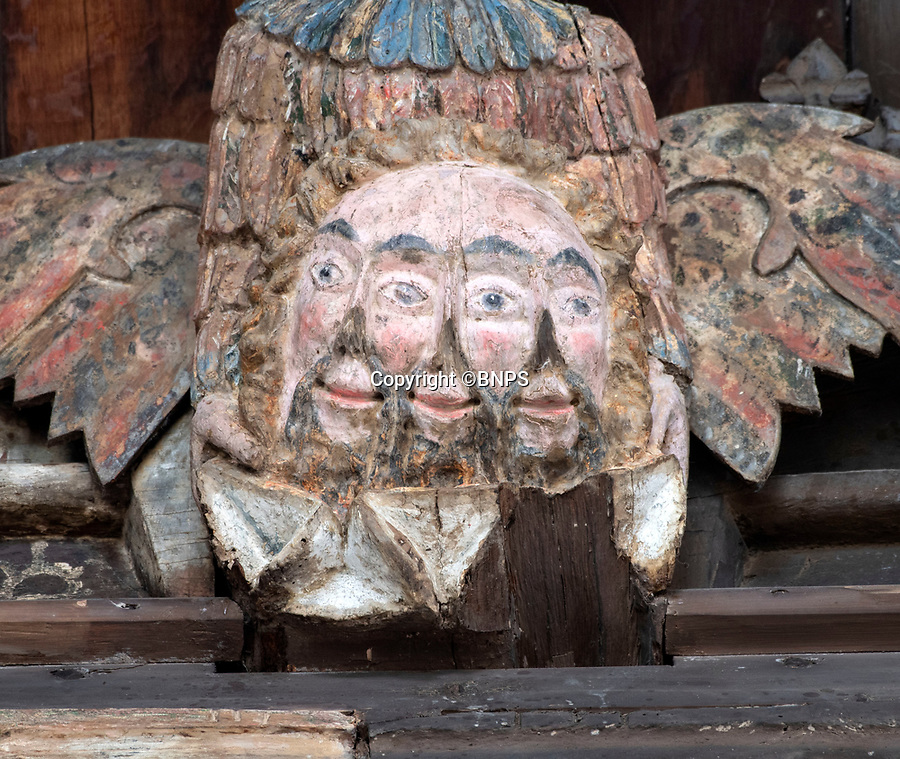 Unique - The restoration also revealed from under years of varnish a previously unknown carving thought to depict the holy trinity in the form of a three headed image carried by an angel.