Add to Lightbox
Image 1 of 1
BNPS_AMDramPOWs_08.jpg 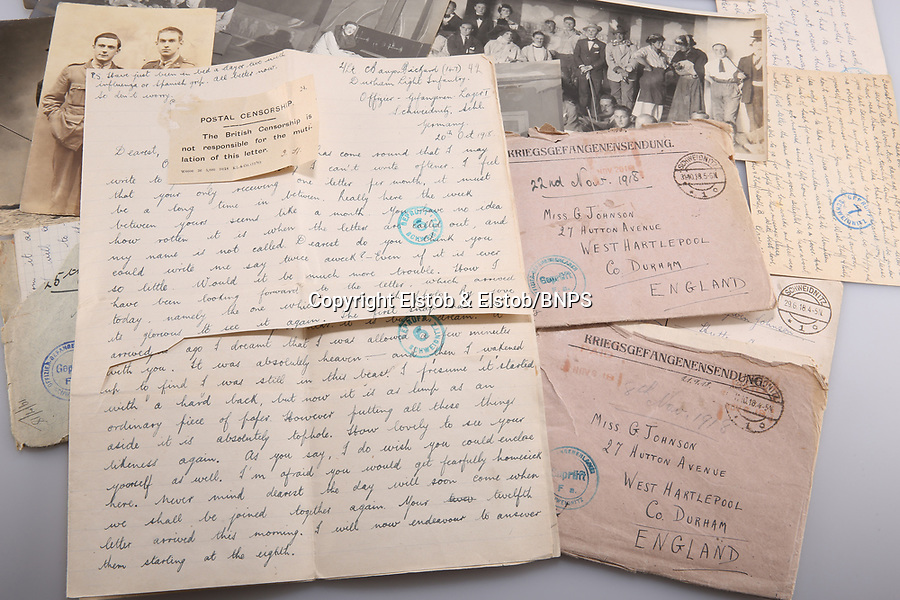 Amazing photos of British PoWs doing amateur dramatics dressed as women in a German camp have emerged 103 years on.

One officer goes all out in a flapper dress, while others don frocks and make-up in the jovial previously unseen images.

They took their performances so seriously that they spent up to six hours a day rehearsing.

The photos were taken by Second Lieutenant Clarence Pickyard, of the 22nd Durham Light Infantry, who was captured in June 1918 during the German Spring Offensive after being shot in the hip on the battlefield.

He was detained for the remainder of the conflict at Schweidnitz PoW camp in Eastern Germany, writing regularly to his sweetheart Gwen Johnson. His camp photos and love letters are being sold alongside his campaign medals with auctioneers Elstob & Elstob, of Ripon, North Yorks.
Elstob & Elstob/BNPS 5 Jun 2021 5760x3840 / 3.7MB