Add to Lightbox
Image 1 of 1
BN_LettingOffSteam_04.jpg 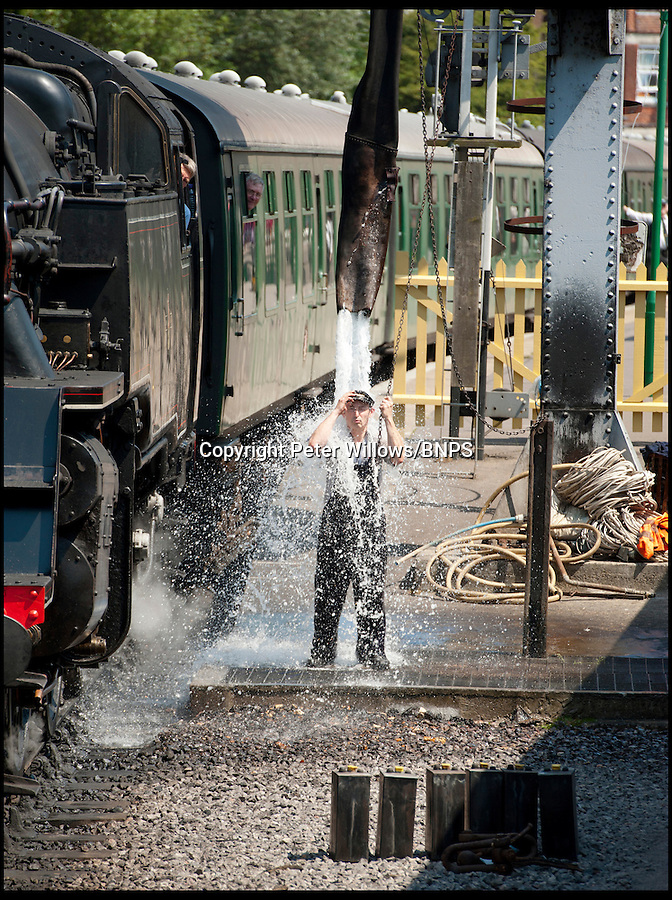 Volunteer train driver Peter Frost (55) takes drastic action to keep cool by having a shower from the water tower at the Swanage Railway station in Dorset. Temperatures onboard the No. 80104 British Railways Class 4 steam loco have been stifling, and Peter, who grew up in Corfe Castle and used to ride on the footplates on the line from Wareham to Swanage in the 1960s, took the shower to cool off before resuming his journey.
Peter Willows/BNPS 18 Jul 2013 2866x3840 / 3.2MB