Add to Lightbox
Image 1 of 1
BNPS_BritishPrisonersOfWar_14.jpg 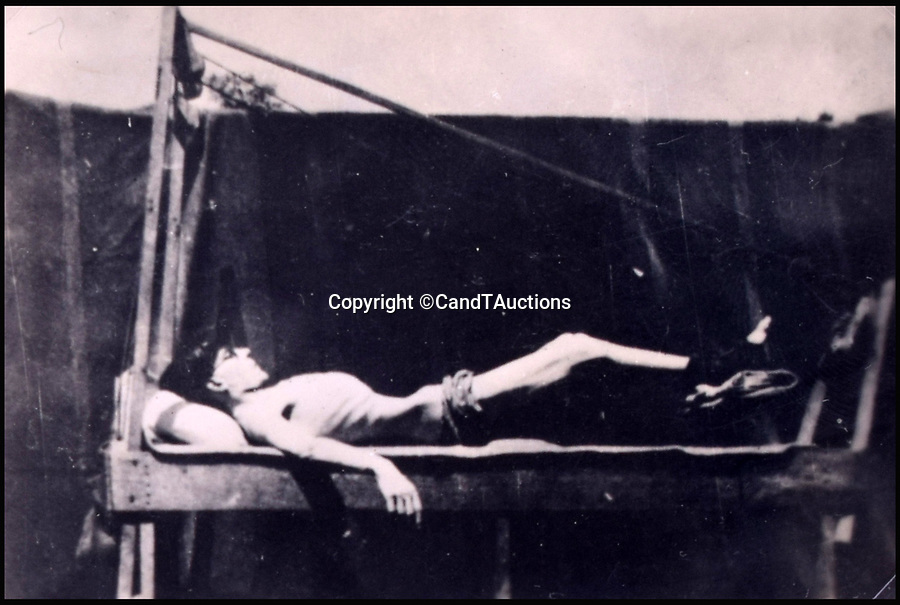 British prisoner of war being tortured

There are also images of showing some of the most sadistic Japanese guards including the notorious camp commandment Lieutenant Usuki, who was known as the Black Prince.
©CandTAuctions 11 Sep 2017 1827x1227 / 415.5KB