Add to Lightbox
Image 1 of 1
BN_SavedShark_03.jpg 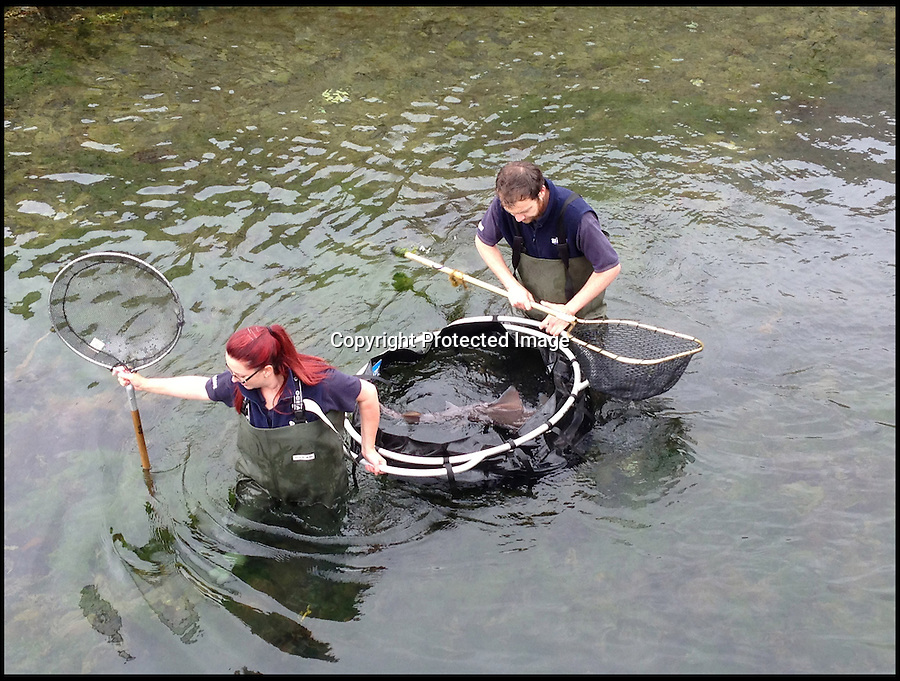 This is the alarming moment a shark had to be set free by marine experts after a group of 'Oriental' men were spotted trying to hack off its fin.

The 3ft 6ins long shark had become trapped in a storm drain used to control flooding and was unable to escape back into the sea.

Rob Sansom from the coastguard was on duty near Portland in Dorset when he was alerted to two groups of men crowding around the area.

Upon further inspection he was horrified to see that they were trying to lure the pregnant smooth-hound shark towards them and capture it.

When he asked what they were doing, they are believed to have openly explained that they only wanted to cut her fin off and were planning on leaving the body.

Rob asked the group of men to leave and immediately called the nearby SeaLife Park in Weymouth and asked experts to come down to assist.

Two marine specialists, Jean-Denis Hibitt and Anna Russell, raced to the terrified creature and managed to free her from the enclosed area with a stretcher.

Luckily the three-year-old shark only suffered minor cuts to her dorsal fin, which are thought to have been from hooks the men were using.

A spokeswoman from the coastguard said the two men were believed to be from Chinese origin.

It is believed that the fin of the smooth-hound shark - Mustelus mustelus in Latin - was being sought to make shark fin soup, a popular dish in Chinese cuisine.
P Yeomans 10 Jun 2013 3297x2497 / 1.3MB