Add to Lightbox
Image 1 of 1
BNPS_JohnWilliams_07.jpg 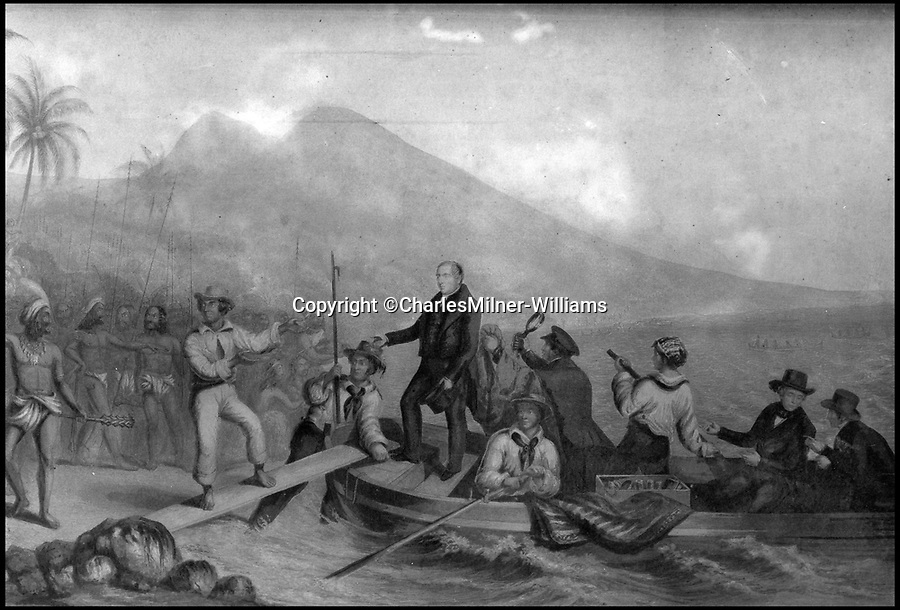 An illustration of John Williams arriving at Erromango.

A tribal war club brought back to Britain by an English missionary who was later killed and eaten by cannibals on a South Pacific island has been put up for sale by his family.

In the early 19th century the missionary John Williams and his wife Mary travelled to the Polynesian Islands to spread the word of God and teach natives how to read and write.

Their first expedition was a success and among many souvenirs the couple returned with was the 17ins long throwing club.

Williams returned to the South Pacific in 1838 but was clubbed to death, cooked and eaten by the locals of Erromango after wading ashore there with his Bible.
©CharlesMilner-Williams 3 Apr 2018 3407x2309 / 1.1MB