Add to Lightbox
Image 1 of 1
BNPS_ReturnToSender_09.jpg 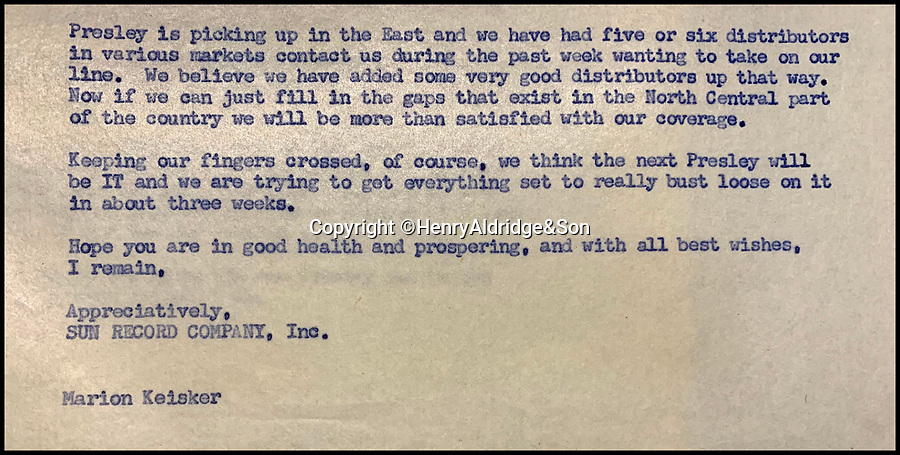 Letter from Sam Philips secretary Marion Keisker '...we think the next Presley will be IT'

The archive of 47 letters includes several rejection letters and is being sold by Henry Aldridge and Son of Devizes, Wilts.
©HenryAldridge&Son 18 Jun 2019 4072x2057 / 1.3MB