Add to Lightbox
Image 1 of 1
BNPS_ControversialDowdingLetter_04.jpg 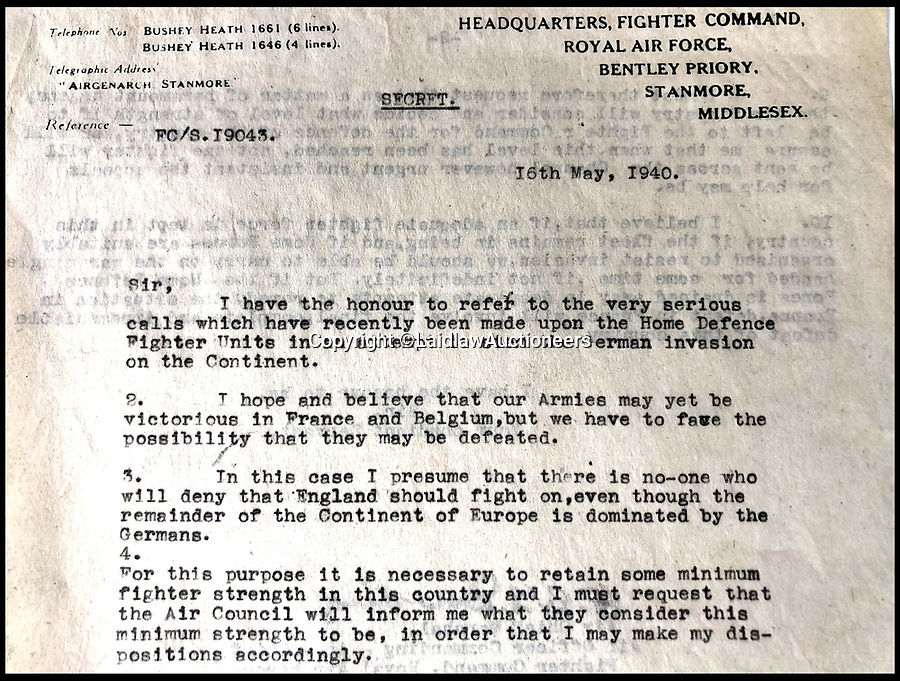 The letter was sent from Dowdings Fighter Command HQ at Bentley Priory in Middlesex.

Although subsequent events in the Battle of Britain fully vindicated Dowdings decision the policy still rankles with some French historians to this day.
©LaidlawAuctioneers 13 May 2019 3036x2299 / 2.0MB