Add to Lightbox
Image 1 of 1
BN_SpeersCoat_05.jpg 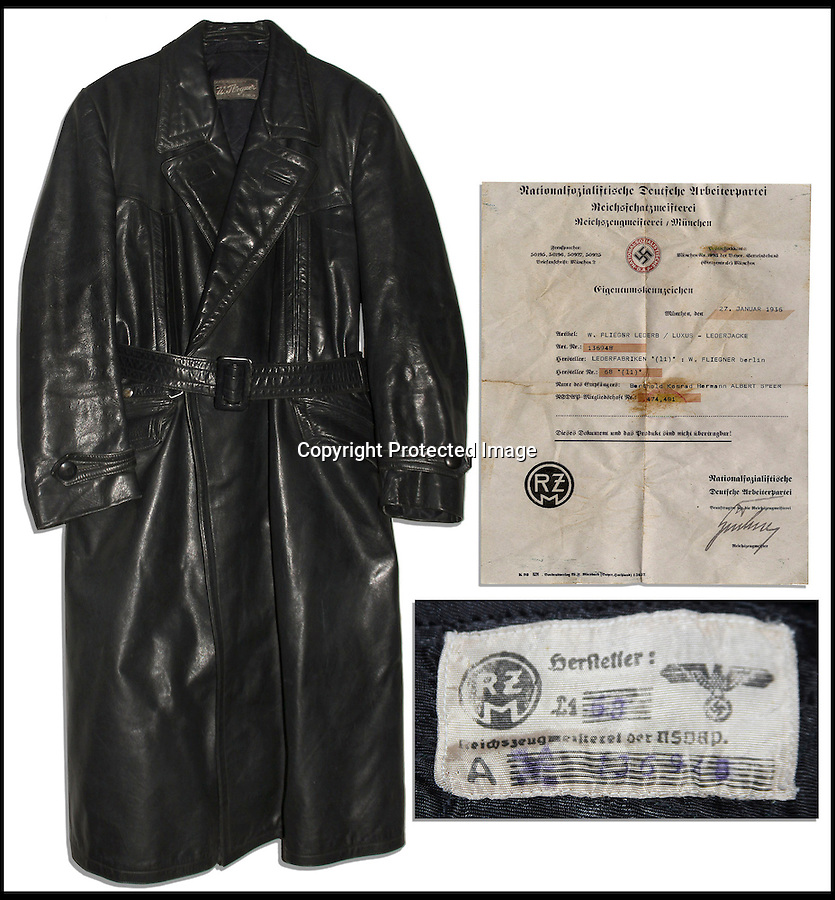 The long, black leather coat owned by notorious Nazi Albert Speer that was liberated by an Allied soldier at the end of the war has emerged for sale at Nate D Sanders Auctioneers in Los Angeles.

The jacket - similar to the one worn by Gestapo officer Herr Flick in TV's 'Allo 'Allo! - comes with a note from the serviceman explaining how he found it.

He wrote home to his mother stating he had visited a large chalet in Berchtesgaden in the Bavarian Alps, where Hitler had his 'Eagle's Nest' retreat.