Add to Lightbox
Image 1 of 1
BNPS_OhWhatALovelyWar_015.jpg 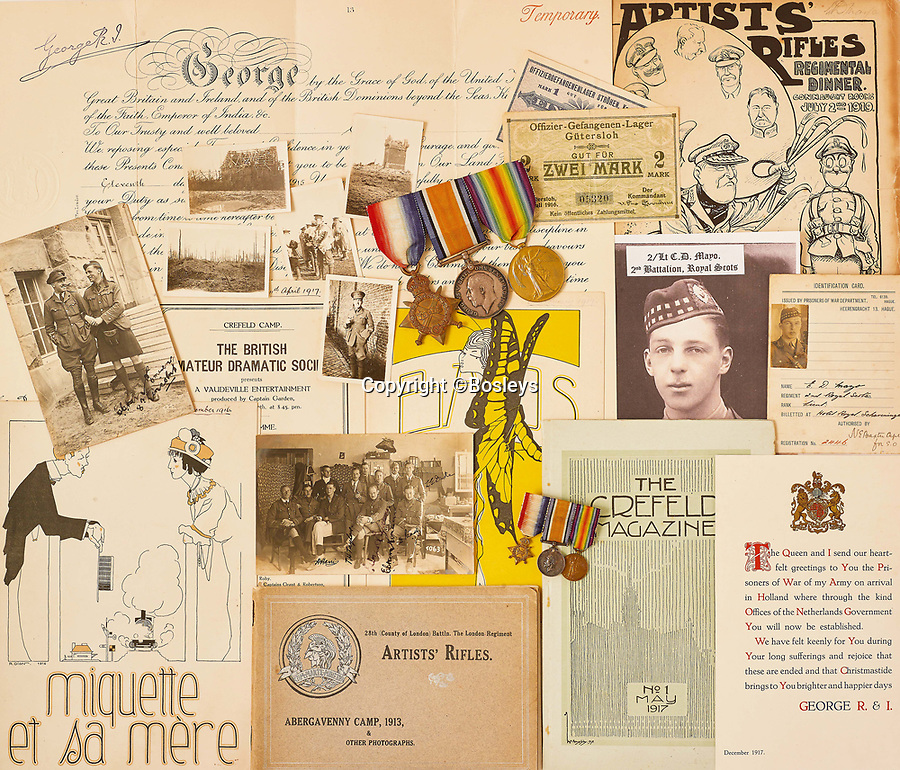 The archive of Lieutenant Charles Mayo, which includes three of his First World War medals, is being sold by Bosley's auctioneers of Marlow, Bucks on Wednesday.
©Bosleys 19 May 2017 5447x4663 / 4.7MB