Add to Lightbox
Image 1 of 1
BN_WorldsBiggestSeahorse_02.jpg 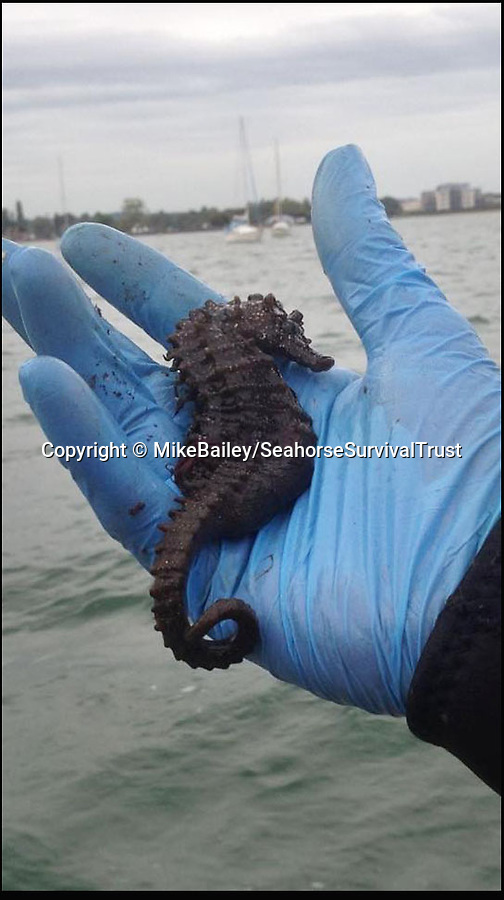 Neil Garrick-Maidment of the Seahorse Survival Trust claims that this seahorse caught by fisherman Mike Bailey is a world beater.

The world's largest seahorse has been discovered by a fisherman off the British coast, sparking fresh hope for the threatened mystical creatures.

The whopping 13-inch spiny seahorse was accidentally hauled in by Michael Bailey while he was out fishing for mullet in Poole Harbour, Dorset.

Experts say the enormous fish is around twice the average size for the species - and smashes the existing record by almost two inches.
© MikeBailey/SeahorseSurvivalTrust 24 Sep 2015 545x973 / 98.9KB