Add to Lightbox
Image 1 of 1
BNPS_CycleLane_02.jpg 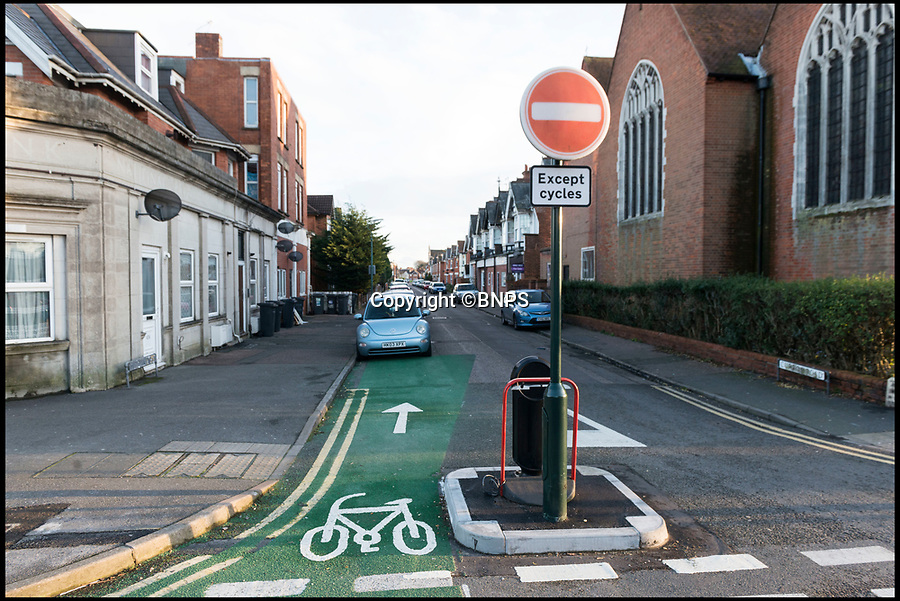 The bizarre cycle lane in Bournemouth which sends cyclists the wrong way into oncoming traffic.

A council has been slammed for introducing a 'dreadful' and 'dangerous' cycle lane which puts cyclists at risk of a head-on collision with oncoming traffic.

The cycle lane in Bournemouth, Dorset, sends cyclists the wrong way up a narrow one way street into the path of oncoming cars.

It inexplicably ends just metres into the road with cyclists confronted by a row of legally parked cars.