Add to Lightbox
Image 1 of 1
BNPS_LondonPanorama_010.jpg 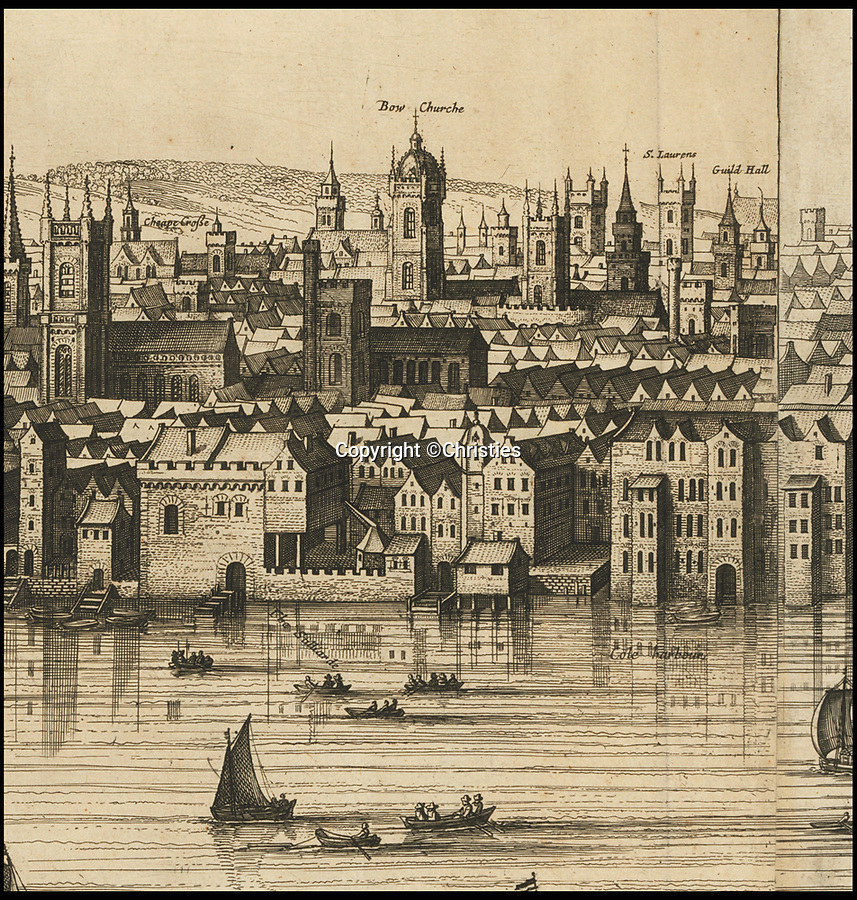 The tower of 'Bowe Churche' and the 'Guild Hall' are shown in the heart of the 17th century city.

A remarkable 393 year old panorama of London which reveals how the city looked before the great fire destroyed large parts of it has sold at auction for £106,000.

The 7ft panorama, taken from the South Bank, has the old St Paul's Cathedral and London Bridge, which were rebuilt following the blaze, as central features.