Add to Lightbox
Image 1 of 1
BN_FirstSwimForCygnets_03.jpg 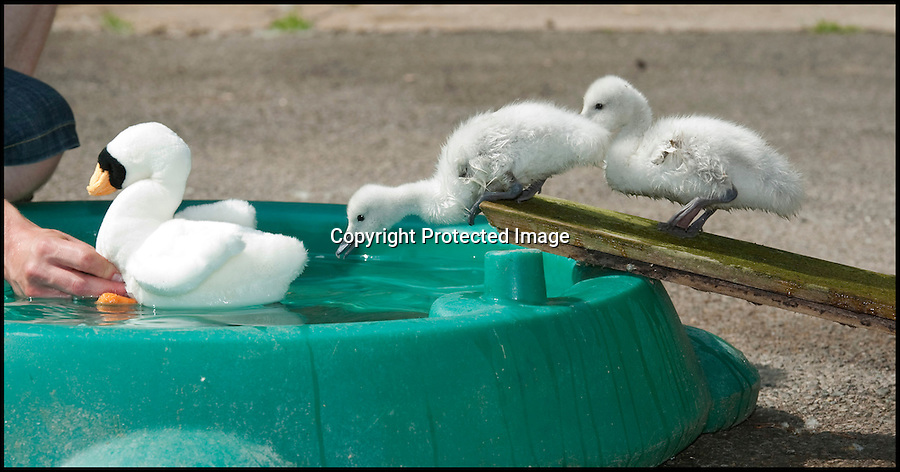 Keeper Chris Abbey uses a surrogate to tempt the cygnets into the pool.

A pair of baby cygnets hatched in an incubator had their first swimming lesson at the Birdland animal park in Bourton on the water yesterday.

Unlike in the wild these chicks had never seen water before and keeper Chris Abbey had to coax them in to a special pool using a decoy soft toy to replicate their parents.

The park decided to hatch the egg's in an incubator after losing a previous clutch, and now have to teach the cygnets some basic skills before reintroducing them to their group in the park.