Add to Lightbox
Image 1 of 1
BNPS_OnAWingandaPrayer_01.jpg 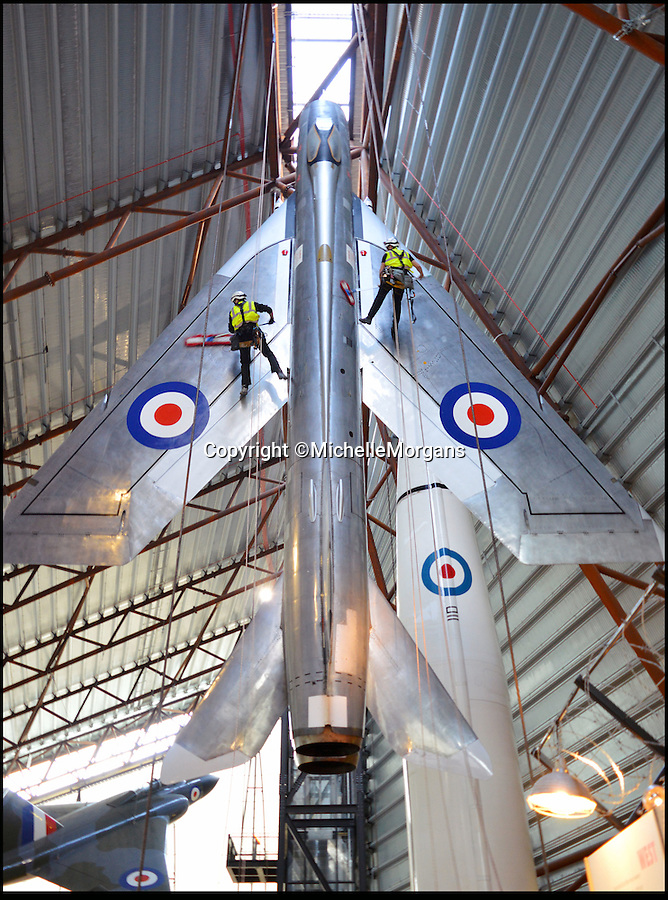 On a wing and a prayer… the acrobatic dusting team gets to work sprucing up the spectacular hanging aircraft at RAF Cosford museum.

A specialist team of daredevil cleaners wearing hard hats abseil down the magnificent aircraft to give them their annual clean so that they look their best for visitors to the museum this coming year.

The job of cleaning the aircraft has taken the team at Staffordshire firm Total Access, which also cleans bridges, football stadiums and high rise buildings, all week.

They climbed up the side of the 60ft hanger then abseiled down the aircraft wielding mops.

The largest suspended aircraft they cleaned was the Vulcan, which is 102ft long and has a wingspan of 99ft. They also tackled the vertically hanging Lightning.
©MichelleMorgans 11 Jan 2017 3925x5289 / 2.3MB