Add to Lightbox
Image 1 of 1
BNPS_DomesdayOakRediscovered_05.jpg 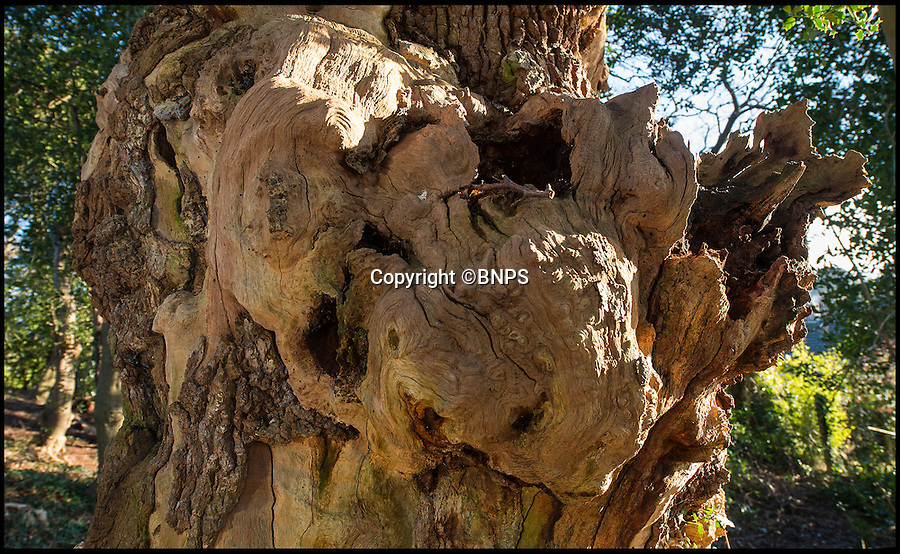 Re-discovered in a suburban back garden - is this the Domesday oak that marked the edge of William the Conqueror's New Forest?

An ancient oak tree that was said to have been used by William the Conqueror as a boundary marker for the New Forest has been unearthed in an overgrown back garden.

When new homeowner Peter Dibeney decided to tackle the overgrown back garden of his new home in Highcliffe, Dorset, he had know idea of the ancient treasure he would uncover deep in the undergrowth - the 900 year old tree is now thought to be dead, but its wizened trunk still remains.

The Norman's were known to use prominent oak trees to denote the bounds of their royal hunting estate's because they would stand the test of time.
©BNPS 19 Jan 2016 4698x2895 / 2.7MB