Add to Lightbox
Image 1 of 1
BN_HolyDavidson_07.jpg 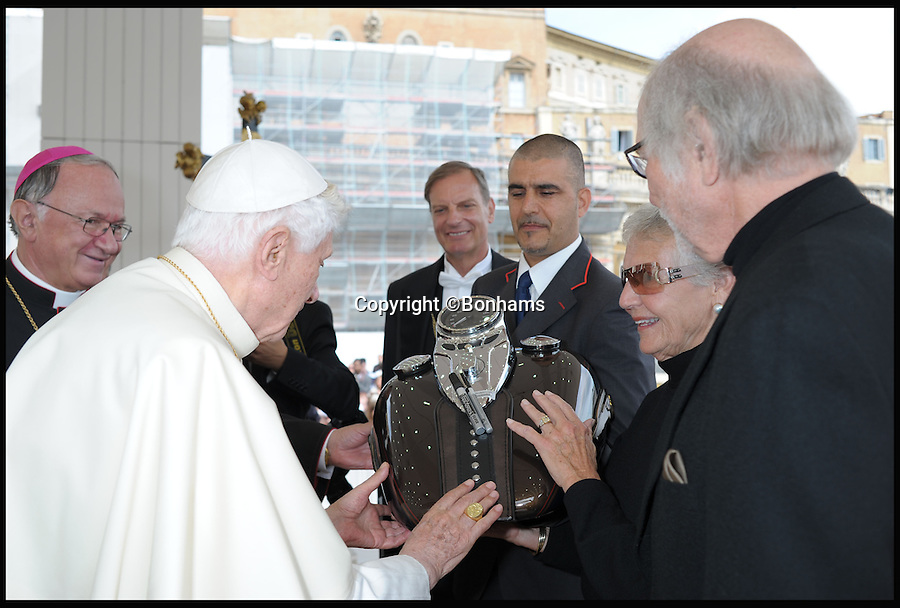 Pope Benedict being presented with the Harleys fuel tank.

A unique and historic motorbike is being sold by Bonhams next month - A Harley Davidson Softail Classic that carries the signature of Pope Benedict XVI, and was later presented to his successor Pope Francis.

The Papal abdication makes this stunning machine historically unique and despite its £20,000 estimate bidding is likely to be fierce.

This most holy of Harley's is unlikely to attract much interest from the famous American brands most loyal fans though - Hells Angels.