Add to Lightbox
Image 1 of 1
BNPS_TipuSultanTreasures_01.jpg 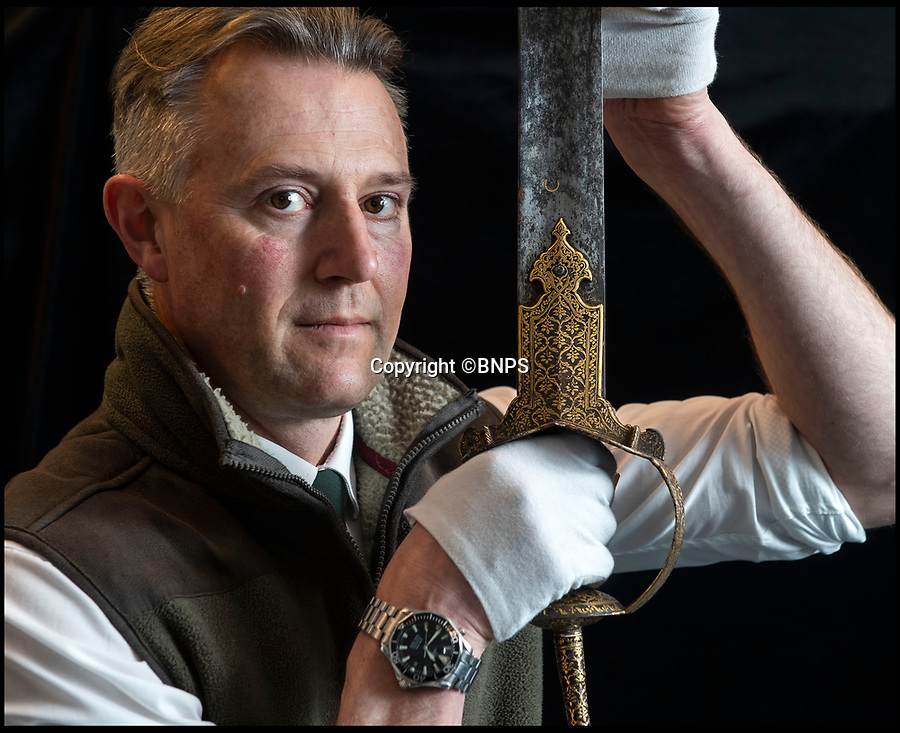 'Once in a lifetime find' Auctioneer Anthony Cribb with the Tiger of Mysore's Firangi sword.

Stunning artefacts from Indian hero Tipu Sultan's fateful last stand against the British have been rediscovered by the family of an East India Company Major who took part in the Battle that ended his reign in 1799.

The cache of ornate arms and personal affects include the battle damaged musket the famous freedom fighter used in his fatal last stand against the expanding British Empire in India.

Tipu was last seen on the battlements of the fortress firing his hunting musket at the advancing British. After the fierce battle his body was found bearing many wounds including a musket ball shot above his right eye.

Tipu's recently rediscovered musket, complete with battle damaged bayonet, has the distinctive tiger stripe pattern unique to the self styled Tiger of Mysore - and tellingly there is also shot damage to the lock and stock that may have been caused by the musket ball that finished him off.

Also included in the sale are four of his ornate gold-encrusted sword's bearing the mark of Haider Ali Khan, Tipu's father and the previous ruler of independent Mysore.

They have been passed down through the family and now belong to a couple who have kept them wrapped in newspaper in the dusty attic of their semi-detached home for years.
©BNPS 28 Feb 2019 4592x3736 / 1.8MB