Add to Lightbox
Image 1 of 1
BNPS_CashUnderTheCarpet_010.jpg 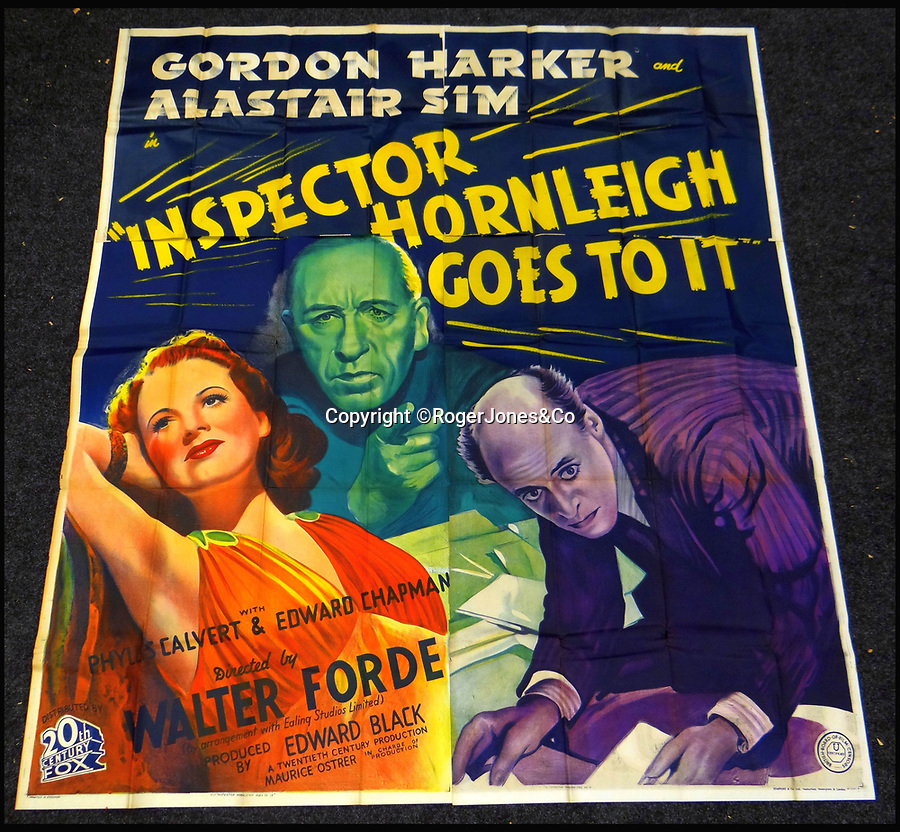 Inspector Hornleigh Goes To It, 1941.

A rare collection of 1930s and 40s cinema posters discovered by two builders after they were used as carpet underlay have sold for a whopping £75,000.

More than half the total was made on a single poster, John Wayne's breakthrough film Stagecoach (1939), which sold for £31,000.

The classic Hollywood movie posters, which were in near pristine condition, are from the halcyon days of cinema and included well known names such as Alfred Hitchcock, Sir Laurence Olivie and Boris Karloff.

Before the sale auctioneers Rogers Jones & Co said it was difficult to predict what the posters would sell for as no comparisons had ever come to market but the collection of about 120 posters was expected to fetch several thousands.