Add to Lightbox
Image 1 of 1
BNPS_BustOfAugustus_02.jpg 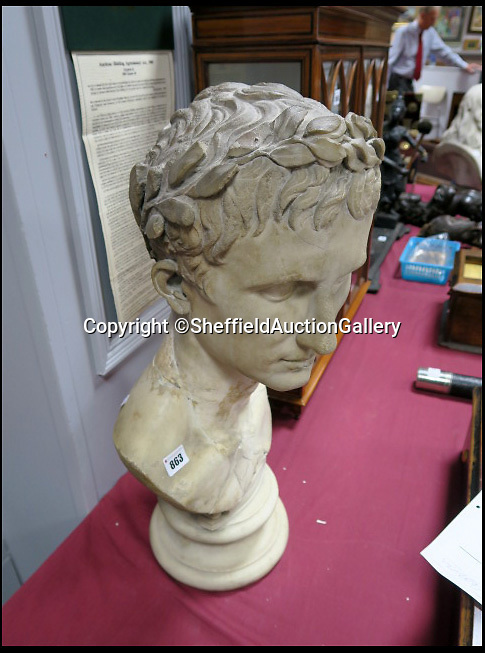 BNPS.co.uk (01202 558833) Pic : SheffieldAuctionGallery/BNPS
Classic Gold - A battered marble bust of a Roman Emperor Augustus, unearthed in a house clearance in West Yorkshire, has sold for a colossal £157,000 - over fifteen times its estimate.

Despite having a cracked neck, the 2ft tall bust of the first Roman Emperor mounted on a cicular socle base sparked a bidding frenzy at the Sheffield Auction Gallery.

Estimated at only £10,000 due to its 'substantial damages' the legendary Emperor, recently revealed to be Facebook founder Mark Zuckerberg's hero, shocked the auction room as the price rapidly escalated.
©SheffieldAuctionGallery 20 Sep 2018 485x653 / 130.5KB