Add to Lightbox
Image 1 of 1
BNPS_SuperCitroen_06.jpg 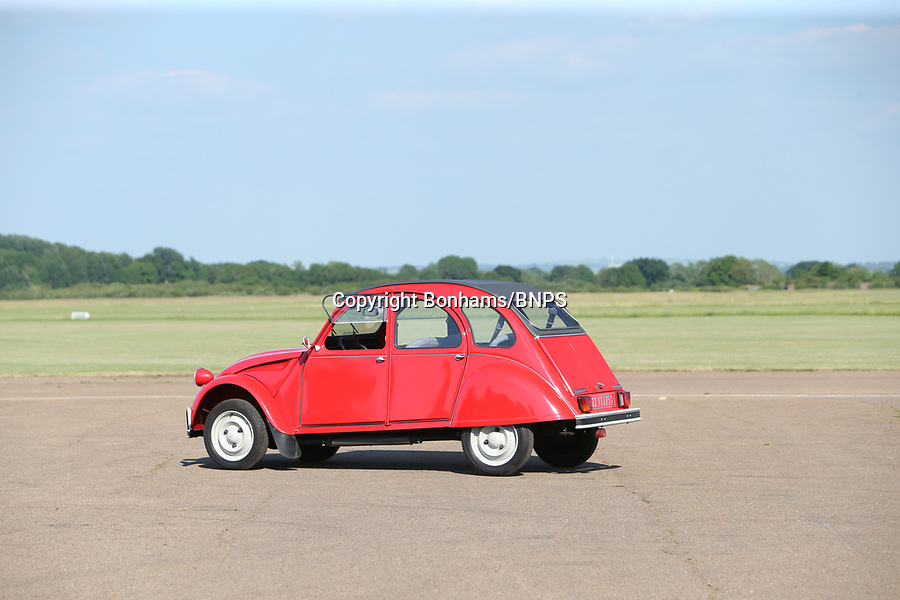 An immaculate left hand drive Citroen 2CV which was one of the last ever produced has sold for almost £21,000.

The seller stumbled upon an opportunity to buy the rare car in 1990 when he sought shelter from the rain in one of the only showrooms in the world still selling them.

During a visit to London the seller, who lived in Italy, fled into the Citroen store in Berkeley Square as a sudden storm swept in.

Attempting to disguise the fact he was hiding from the rain, he complained to a salesman about the French car maker's decision to stop producing the 2CV model.
Bonhams/BNPS 23 Jun 2021 5184x3456 / 2.0MB