Add to Lightbox
Image 1 of 1
BNPS_DadsArmyBike_04.jpg 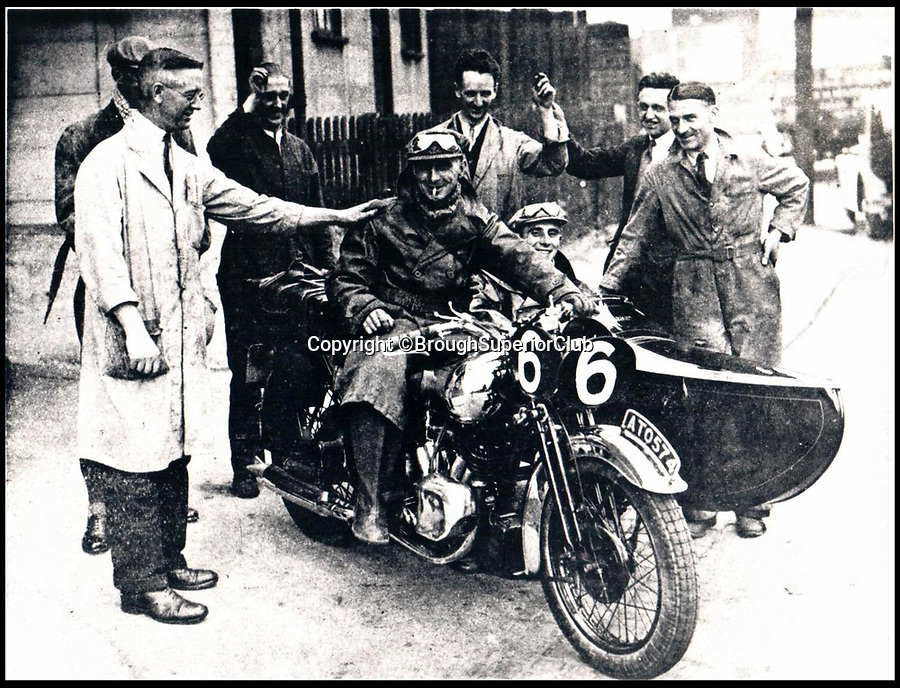 The bike with Freddie Stevenson and the Brough Superior Factory Team, ready for the International Six Day Trial in 1934.

A classic motorcycle and sidecar that appeared in TV's Dad's Army and George & Mildred has sold for over £70,000.

The 1933 Brough Superior 11-50 belonged to a car dealer for decades who regularly loaned it out to TV production companies.

It appeared in a classic episode of Dad's Army when it was used by Captain Mainwaring to try and stop and out-of-control exploding wheel.
©BroughSuperiorClub 9 Jan 2019 1515x1158 / 1.2MB