Add to Lightbox
Image 1 of 1
BNPS_CaptainHodgeAddressBook_06.jpg 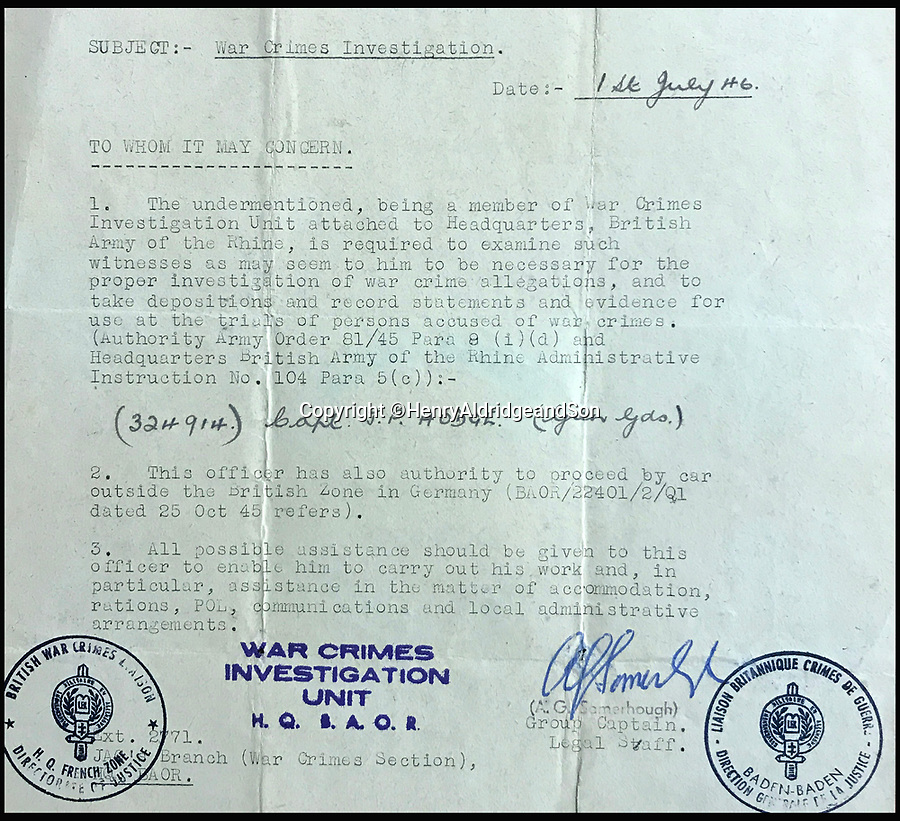 A letter from the British War Crimes Liason.

An address book that was found in Hitler's Reich Chancellery at the end of the Second World War by a British war crimes investigator has come to light 72 years later.

The directory reads like a 'who's who of evil' and contains the names, addresses and telephone numbers of the hierarchy of the Nazi party.