Add to Lightbox
Image 1 of 1
BN_PrawnToBeWild_07.jpg 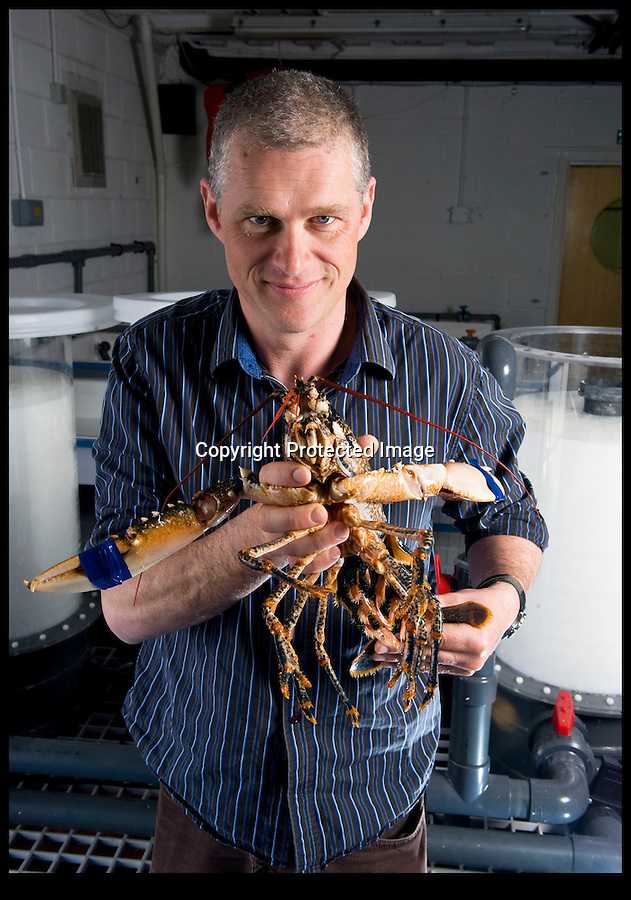 'Prawn to be wild'

Manager Dominic Boothroyd with a female lobster full of eggs.

An army of 1000 tiny lobsters have been released onto a purpose built reef built on the sea bed off Portland in Dorset.

The tiny crustaceans were bred at the National Lobster Hatchery in Padstow before being taken to Dorset and released by a team of divers.
P Yeomans 21 Mar 2011 2835x4041 / 1.2MB