Add to Lightbox
Image 1 of 1
BN_PuffinEck_09.jpg 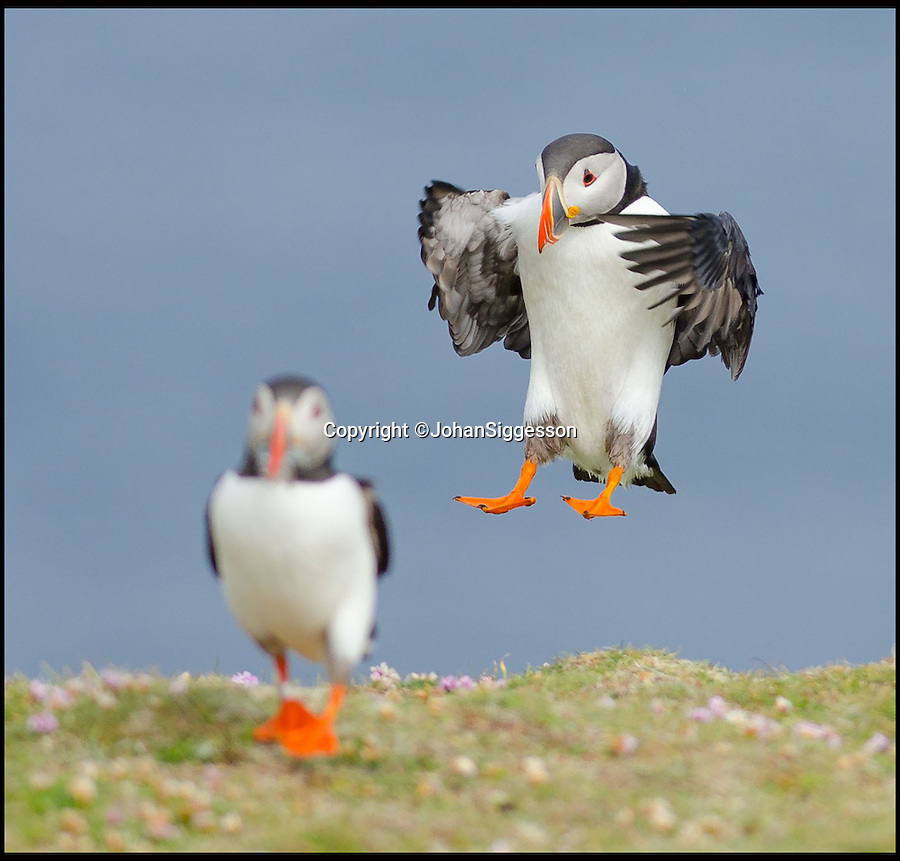 The comical acrobatics of a colony of cute puffins has been captured by amateur phoographer Johan Siggesson on a blustery day out to the remote Scottish island.

The birds aerial dexterity was tested to the limit in the adverse weather, frantically flapping their wings whilst being blown off to the side, others appeared to almost nose dive to the ground.

Eventually, they came to land on a grassy patch of land but had to keep flailing around to stop themselves being whirled away in the strong gusts.