Add to Lightbox
Image 1 of 1
BNPS_BookRevealstheClassicalGodsInColour_025.jpg 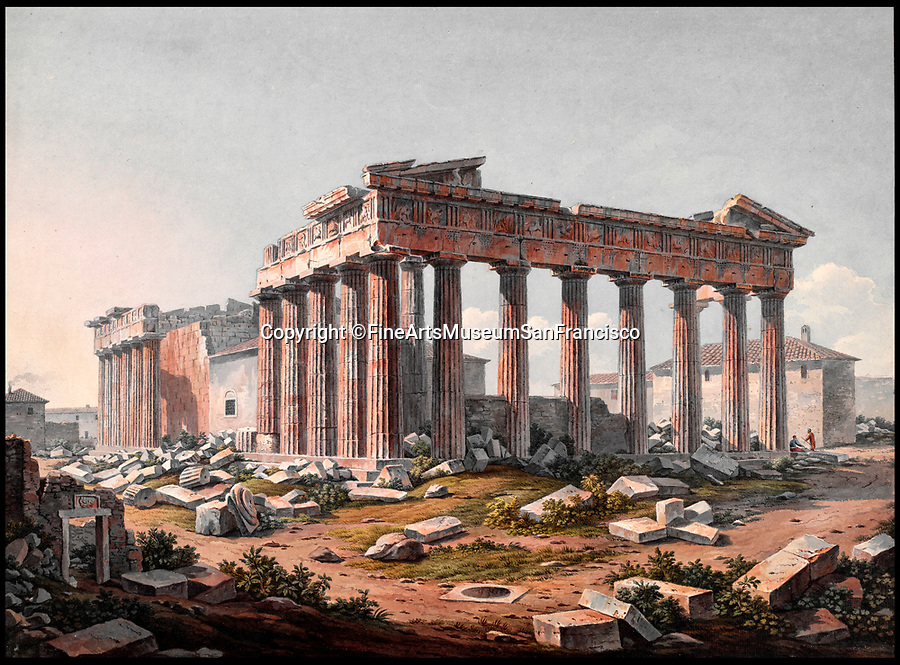 Vital clues - 19th century watercolour of the Parthenon in Athens from the south east by Edward Dodwell 1805.

The traditional view of the classical world full of austere white marble statue's and buildings has been transformed by a new book - that reveals the ancient world was in fact full of vibrant colours.

Painstaking new research has discovered that most of the worlds most iconic art works from ancient Greece and Rome were in fact plastered with vibrant colours.

However over the centuries the bright colours faded due to exposure to the elements and Renaissance maestros like Leonardo da Vinci and Michelangelo working in the 15th century believed it was the norm for sculptures to be white.

Now, scientists are able to use ultra-violet photography to examine ancient pigment's and recreate how sculptures dating back to the Classical age would have looked.
©FineArtsMuseumSanFrancisco 25 Feb 2018 4546x3360 / 2.8MB