Add to Lightbox
Image 1 of 1
BNPS_SylviaPlathAuction_02.jpg 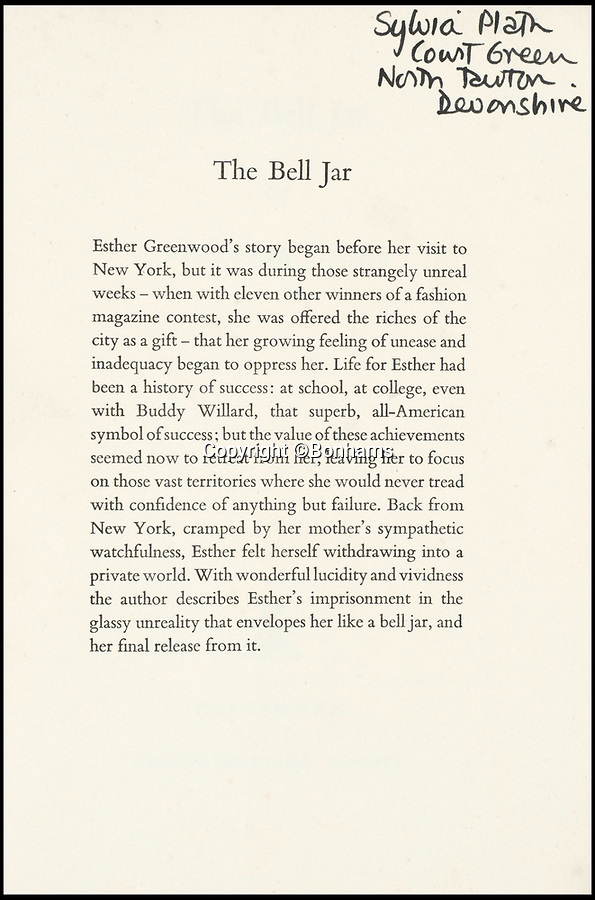 Plath's own uncorrected proof copy of her only novel, The Bell Jar, sold for £75,000.

The personal effects of tragic poet Sylvia Plath and her Poet Laureate husband Ted Hughes have sold for £1.5 million at Bonhams.

The collection, which is being sold by the poets' daughter, Frieda Hughes, sheds new light on her parents' tumultuous six year marriage which ended when she discovered he was having an affair with another woman.