Add to Lightbox
Image 1 of 1
BN_RareSurvivingKamikaze_01.jpg 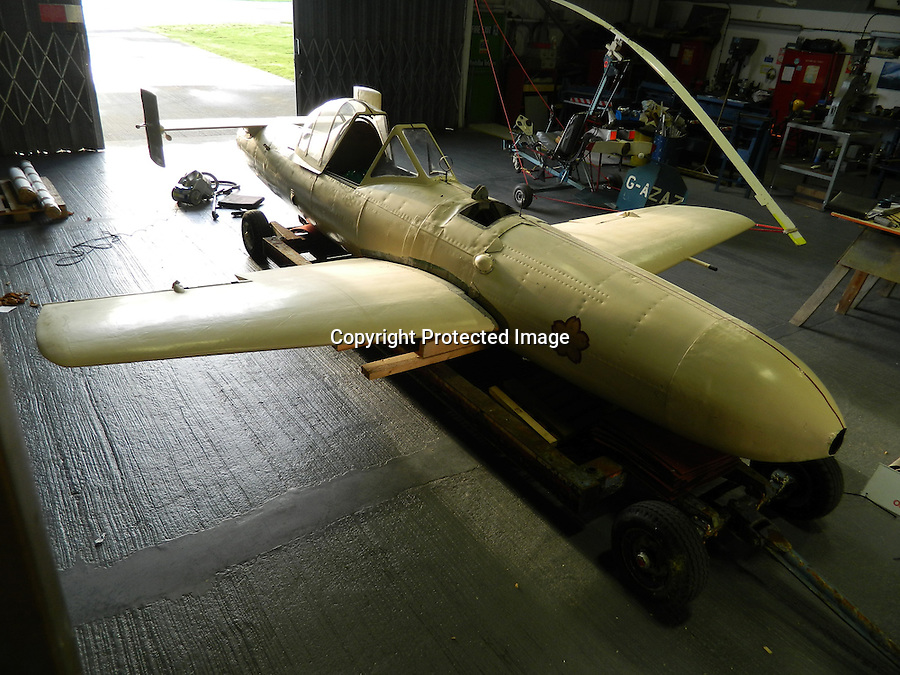 An incredibly rare surviving Kamikaze aircraft has come to light at a British museum after 70 years.

The chilling aircraft that would have been flown by a Japanese pilot on a suicide mission was seized in tact by Allied forces at the end World War II.

The craft, Yokosuka MXY7 Ohka 11, was one of just four brought back to Britain from the Far East to display in museums.

It is not known what ever happened to the other three, but this example has been kept in storage for the last 30 years at the Fleet Air Arm Museum near Yeovil, Somerset.
Bournemouth News 4 Dec 2013 2000x1500 / 810.0KB