Add to Lightbox
Image 1 of 1
BN_OriginalBritanniaDesign_05.jpg 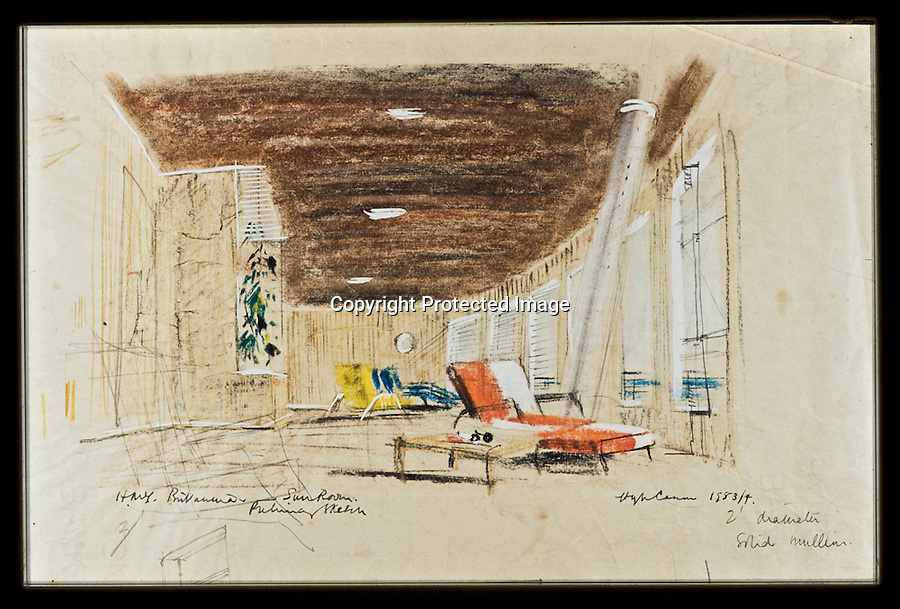 Sir Hugh Casson's original design sketches for the Royal Yacht have come to light - after his daughter Carola presented colour slides to the Trust in Leith, Edinburgh.

The sketches of the yacht's state rooms, the vision of renowned architect Sir Hugh Casson, reveal the Queen's love of simple yet modern design.

Britannia was launched in 1953, two months prior to the Queen's coronation, and clocked up more than one million miles up until 1997 when it was decomissioned.

Sir Hugh was commissioned to put forward ideas after the Queen and the Duke of Edinburgh shunned original designs put forward by the yacht's builders.

Far from the majesty of their Victorian palaces, the Royal couple wanted the yacht to be a contemporary 'home from home'.