Add to Lightbox
Image 1 of 1
BNPS_PaulKossoffGuitar_03.jpg 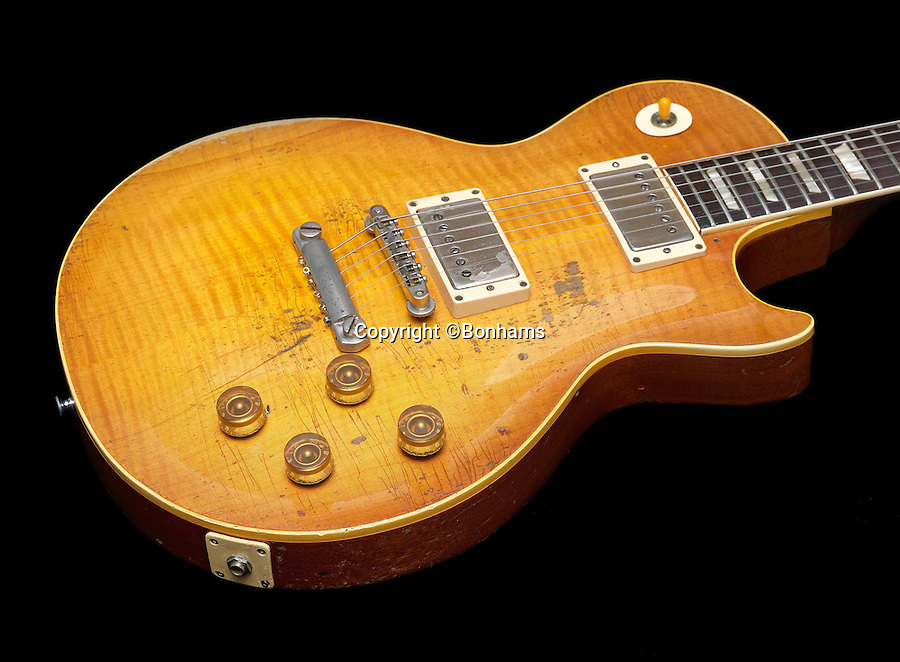 A guitar used by Free's Paul Kossoff to play the rock band's seminal single All Right Now is expected to fetch £200,000 when it goes on sale for the first time.

Kossoff, who is considered one of the most influential of British rock guitarists, played the 1959 Gibson Les Paul from 1970 when the band made it big with their hit song through to his untimely death in 1976.

The electric guitar in trademark sunburst finish was popularised in the 1960s by rock legends like Keith Richards and Jimmy Page.

Many consider it to be the perfect guitar and, although it originally cost about £50, one can now fetch up to £250,000.

It is now being sold by Arthur Ramm, former guitarist of Beckett, a band that supported Free several times in the early '70s, through Bonhams Knightsbridge on December 10.
©Bonhams 15 Sep 2015 6362x4678 / 1.9MB