Add to Lightbox
Image 1 of 1
BNPS_LennonDoubleFantasy_02.jpg 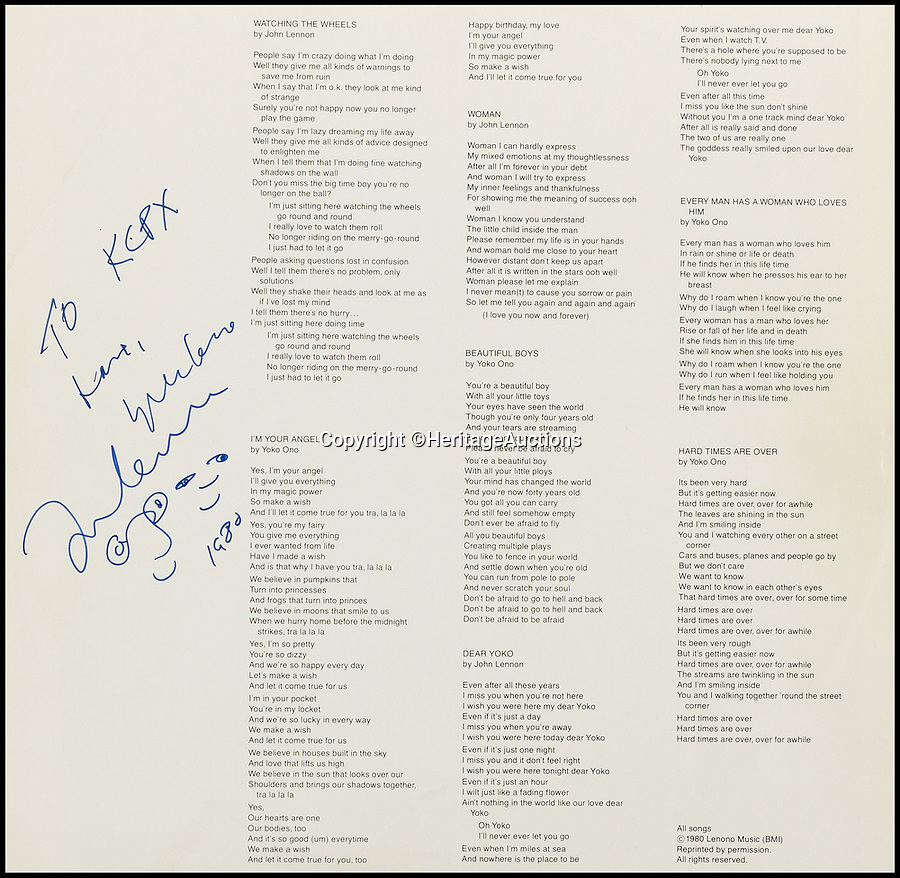 'To KCPX love from Yoko Ono and John Lennon'.

An album cover carrying one of the last autographs John Lennon ever signed has emerged for sale and is being tipped to sell for more than £45,000.

The former Beatles songwriter signed the inside cover of his seventh studio album Double Fantasy during a radio interview which took place on the afternoon of his death.

The album was a combination of Lennon and Yoko Ono songs, arranged in alternating order, essentially a musical dialogue between the two soulmates.

It was while conducting press interviews for the album that he signed the copy that has now emerged for sale.
©HeritageAuctions 4 Apr 2018 2544x2482 / 792.9KB