Add to Lightbox
Image 1 of 1
BNPS_CarrieFisherScript_14.jpg 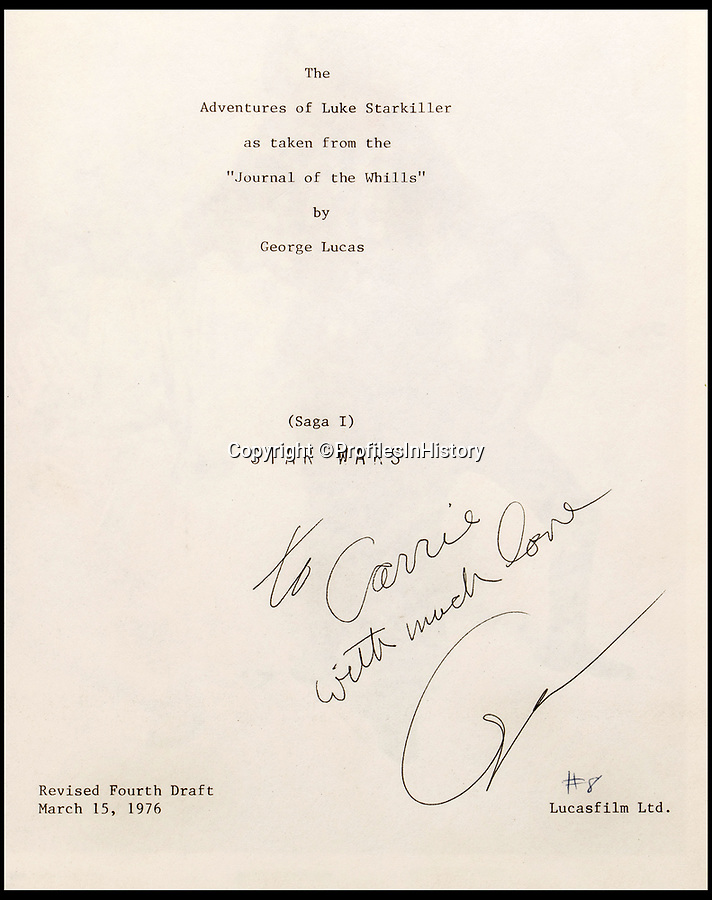 The inside cover of Carrie Fisher's bound presentation script for Star Wars - A New Hope  signed by George Lucas.   It is being sold at auction with her two other bound scripts for the Star Wars trilogy as well as her working annoted script for the Empire Strikes Back.  The four items are being sold by US auctioneers Profiles in Histiory for a combined £115,000.  The burgandy leather bound scripts were given to the actors at the end of filming and signed by director George Lucas.
©ProfilesInHistory 8 Sep 2017 3639x4599 / 1.3MB