Add to Lightbox
Image 1 of 1
BNPS_MotherOfPearlTrayWorth1Million_05.jpg 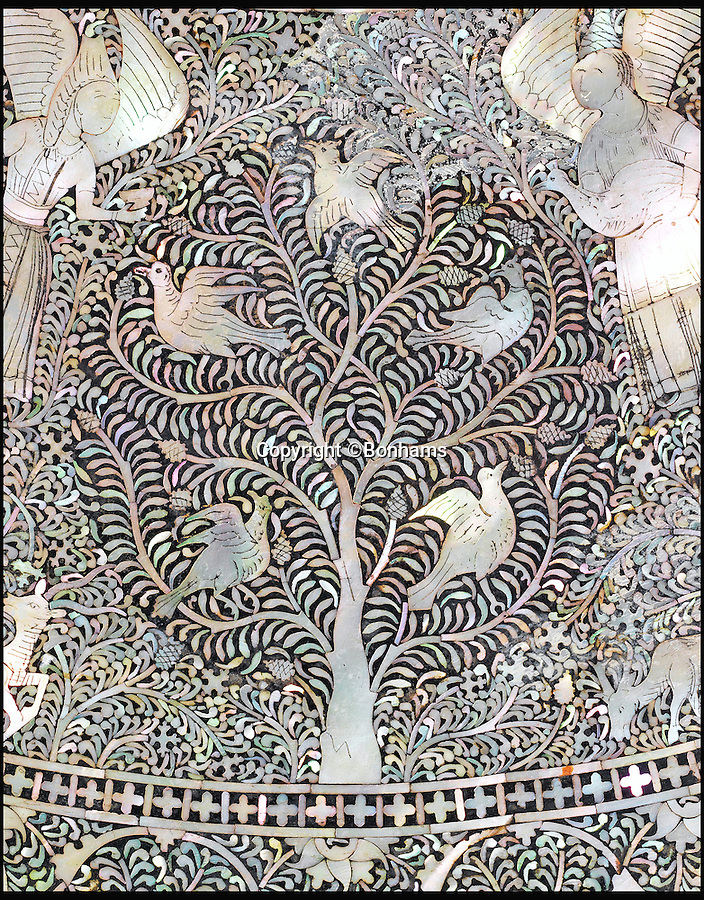 A one-of-a-kind 16th century wooden tray decorated with precious mother of pearl has sold at auction for almost £1 million - more than 16 times its estimate.

Experts thought the rare tray, originating from Gujurat in India, would sell for £60,000 but after a bidding war broke out between prospective buyers the price rocketed to a staggering £962,500.

The tray was said to be one of the few surviving mother-of-pearl objects from 16th century Gujurat, and the only one in existence to feature angels on it.