Add to Lightbox
Image 1 of 1
BN_EaglevHeron_002.jpg 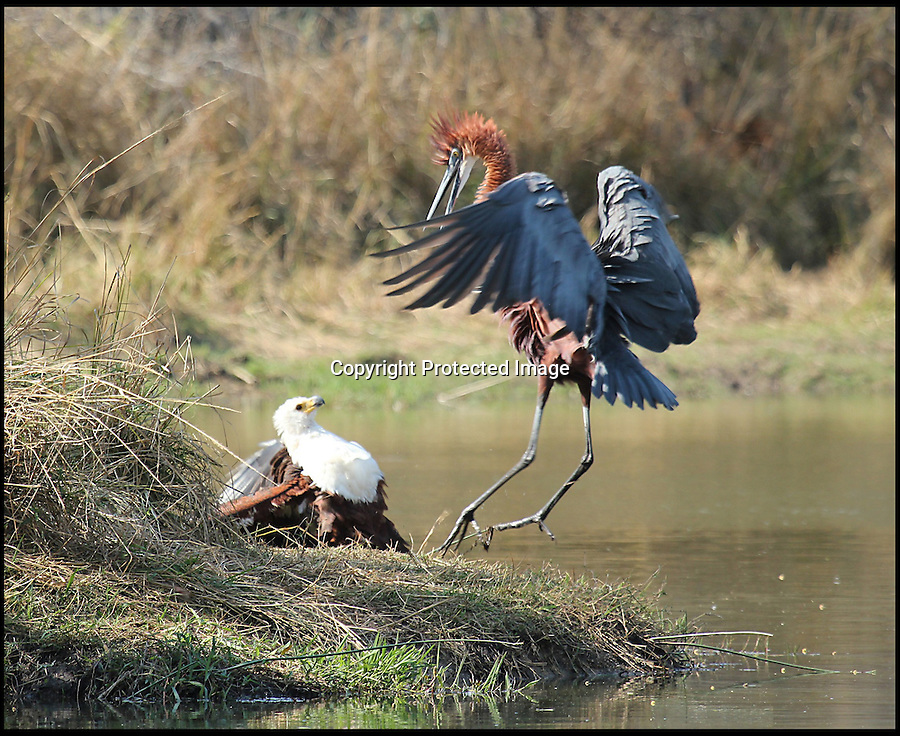 A Goliath Heron badly misjudged a battle of the beaks when trying to assert its authority on an African Fish Eagle at the aptly named Lake Panic in the Kruger National Park in South Africa recently. Despite the huge heron's dramatic entrance the raptor was not to be bullied and unfurled its massive two metre wingspan to see off the attacking bird.
Bournemouth News 14 Aug 2013 2275x1860 / 1.3MB