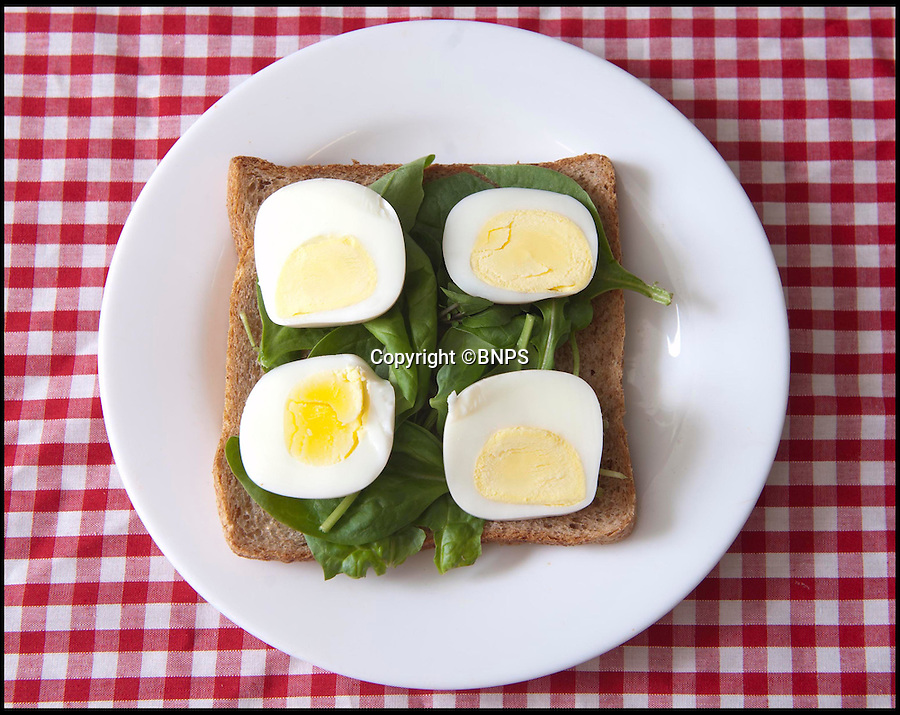 A clever gadget has been invented to solve the age-old problem of fitting slices of round egg in a square sandwich.

For generations people have been chopping up circular pieces of egg and layering them on bread but being forced to leave gaps at the corners.

A handy device has now been created which turns the oval snack into a cube, making it easier to hold still and cut up.

The contraption, known as the Egg-Q-Ber, is a jar in which hard-boiled eggs are placed and squashed into the new shape.

A user simply has to cook their egg, peel off the shell, place it in the container with a dash of oil, and screw on the lid.

After just one minute, the egg will have moulded to a cube shape and can be chopped up ready for sandwiches and salads.

People who have purchased the product have posted reviews praising it online, including one user who said it was a 'Brilliant innovative gadget.'

The 3.5 by 2.5 inch gadget can be purchased at Firebox.com

Ben Redhead, head of buying for the website, said: "Boiled eggs have been the bane of picnics and pack-lunches the world over due to their completely illogical shape.
©BNPS 22 Jul 2014 3103x2463 / 681.8KB