Add to Lightbox
Image 1 of 1
BNPS_ReturnToSender_014.jpg 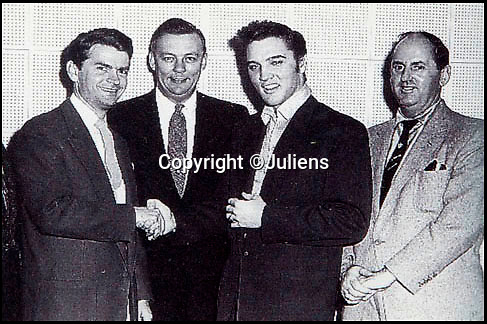 Elvis shakes hands with Sam Philips of Sun Records after signing to RCA for £35,000 in 1955 - New manager Col Parker is on the right.