Add to Lightbox
Image 1 of 1
BNPS_PrincessDianaSweater_02.jpg 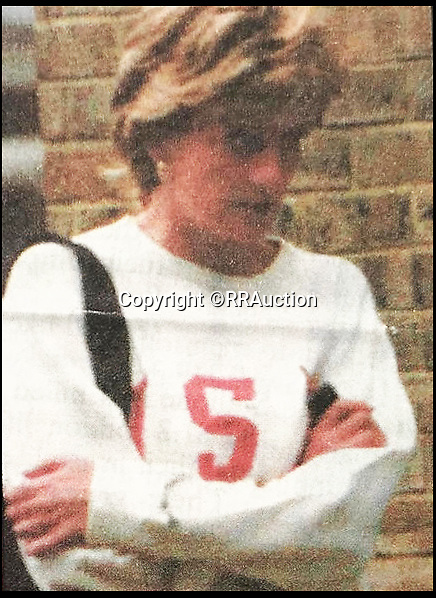 A sweatshirt worn by Princess Diana whilst on holiday with Dodi Fayed in 1997 is up for sale for £7,000.

Princess Diana's sweatshirt which she gave to a yacht stewardess days before her death has emerged for sale for £7,000.

The tragic princess wore the Ralph Lauren sweatshirt while on board the Jonikal with Dodi Fayed during a romantic cruise around the Italian Riviera in August 1997.

At the end of her stay on the 200ft yacht, which was owned by Dodi's father Mohammed Al-Fayed, she gifted the cream sweatshirt with 'USA' in large red lettering on its front to the chief stewardess Debbie Wood (then Gribble).