Add to Lightbox
Image 1 of 1
BNPS_JumpingThresherShark_03.jpg 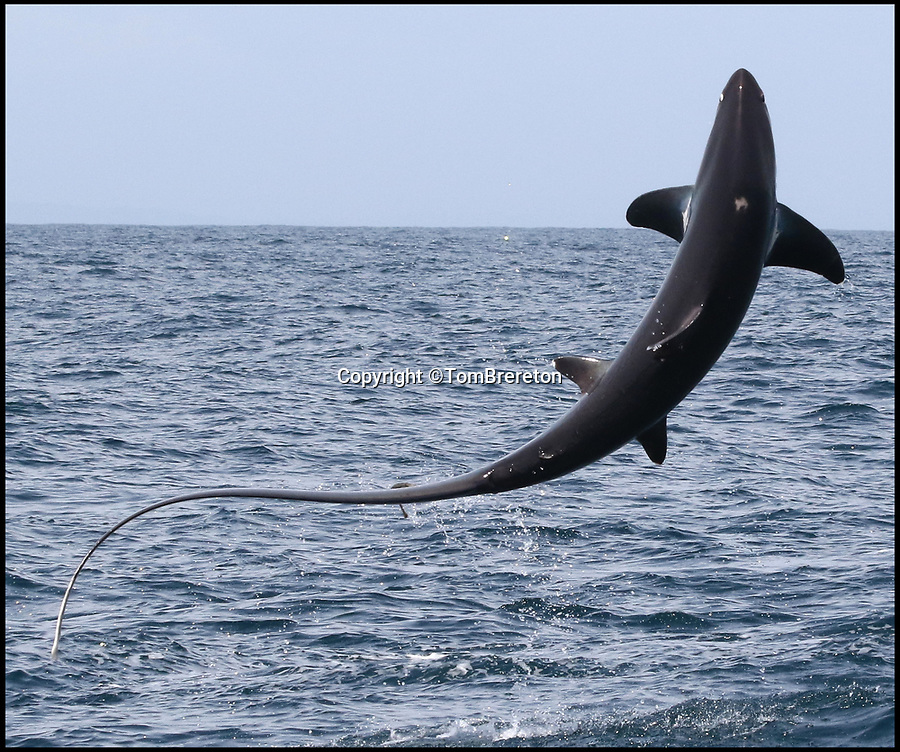 This is the incredible moment a huge shark stunned sightseers by leaping clear of the water off the south coast of England.

The deadly thresher shark jumped vertically through the air before slapping its elongated tail on the surface of the sea.

Thresher sharks are usually found in the warmer waters of the mid-Atlantic but this 15ft long predator, which weighed about 350lbs, appeared in Lyme Bay.