Add to Lightbox
Image 1 of 1
BNPS_EscapeFromPOWCamp_01.jpg 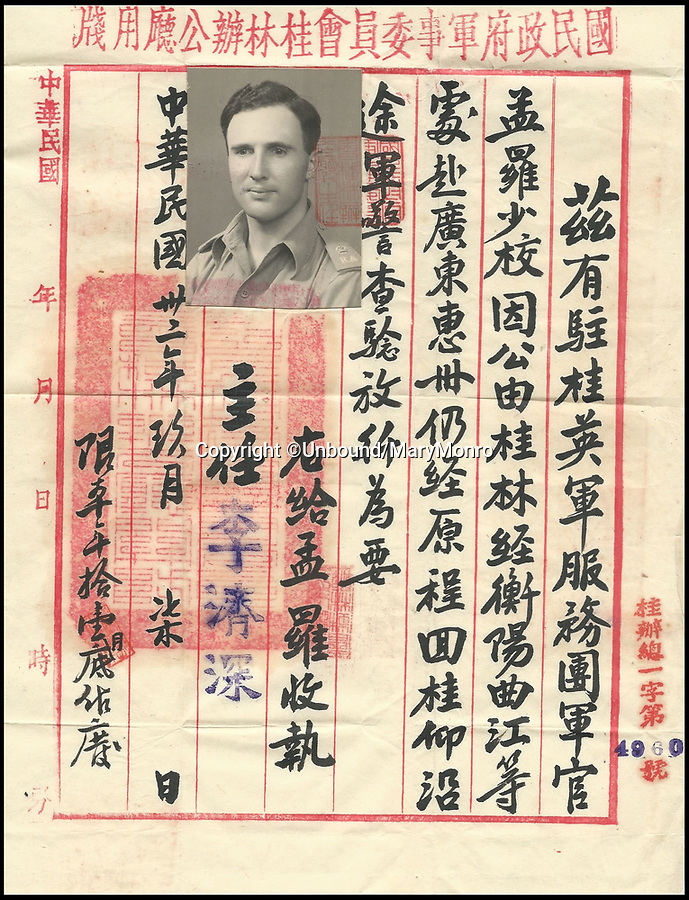 Major John Monro's travel permit when he reached Chongqing in 1942, allowing him to travel to different destinations.