Add to Lightbox
Image 1 of 1
BNPS_TopSecretBurnAfterReadingDDayPlans_01.jpg 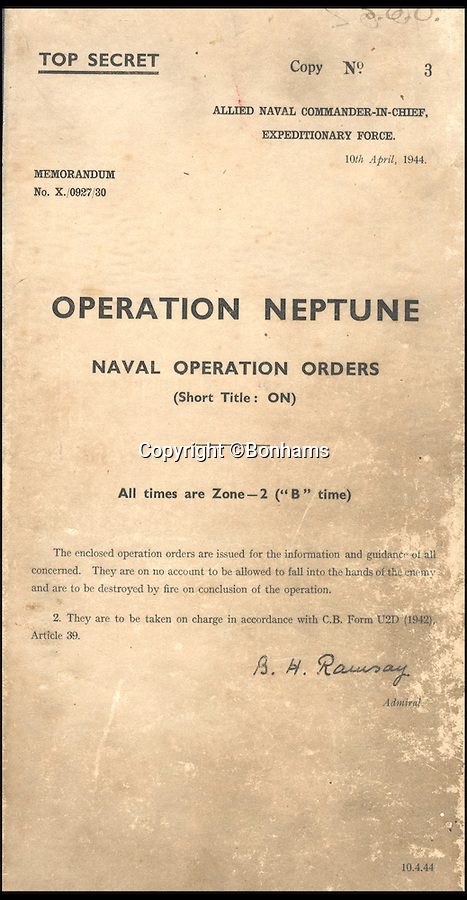 Burn after reading... The instructions state that the document is to be destroyed by fire after the operation.

Top secret orders for the Allied invasion of Europe that should have been burned after reading have emerged for sale 72 years later.

The rarely-seen documents include codenames, folding charts and instructions for the assault forces before and after the Normandy landings on June 6, 1944 - D-Day.

The papers relate to Operation Neptune, the naval stage of the invasion that involved 6,000 ships laden with troops and armour crossing the English Channel in the hours before the landings.