Add to Lightbox
Image 1 of 1
BN_NelsonsButterSilver_01.jpg 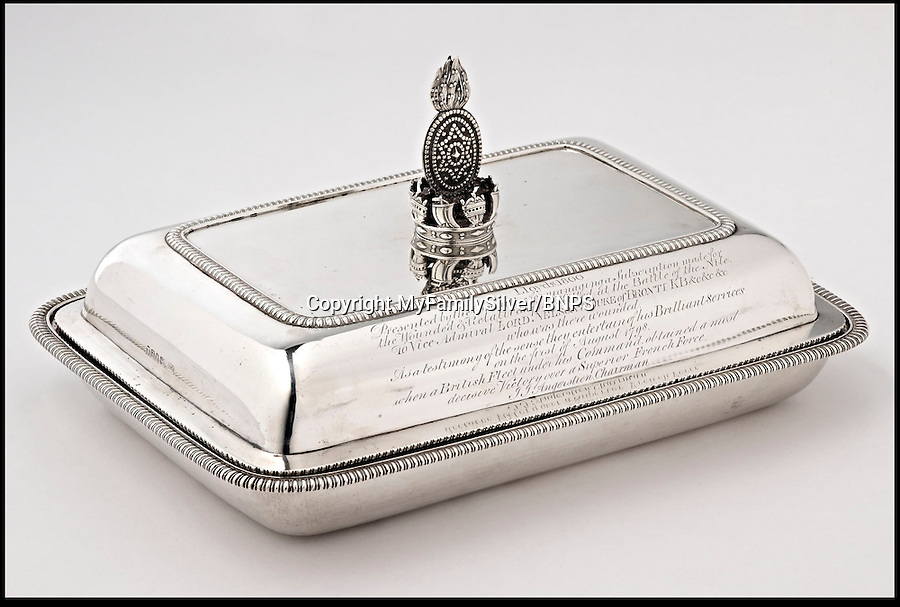 The most sought after piece of silver that was ever awarded to Lord Nelson has finally come to light after 122 years and is set to sell for £400,000. The entree dish was purchased for Nelson as part of a collection to reward him for his victory at the Battle of the Nile in 1798.
What was then known as Lloyd's Coffee House but later became Lloyd's of London, gave him a £500 reward to spend which is the equivalent of £50,000 today. Nelson ordered a 22 piece silver service and had it custom designed with his heraldic crest, which was then sent to him while he was at sea. Three of the four rectangular dishes are on display in museums but the fourth was passed down through family and has not been seen in public since an exhibition in 1891.
MyFamilySilver/BNPS 4 Jun 2013 2244x1512 / 559.7KB