Add to Lightbox
Image 1 of 1
BN_RubberBandMachineGun_07.jpg 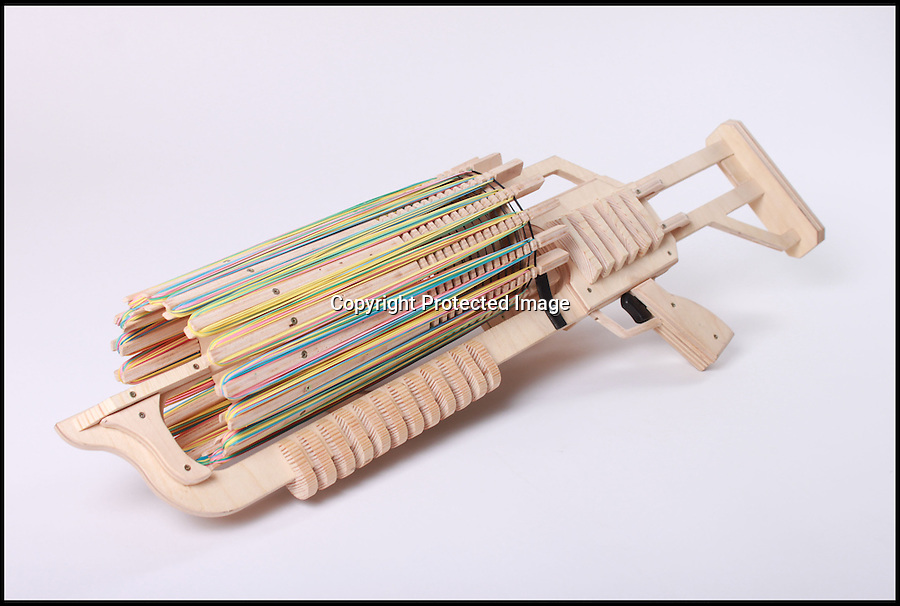 A student has invented the ultimate boy's toy that promises to be a real blast - because it is a rubber band machine gun.

The wooden contraption can fire 672 rubber bands a distance of 25 feet at a blistering 14 shots a second from its 16 'barrels', ensuring victory in any office spat.

It runs off five AA batteries and thanks to its ingenious design it can be reloaded with ammo in a matter of minutes.