Add to Lightbox
Image 1 of 1
BN_KurtCobainGuitar_01.jpg 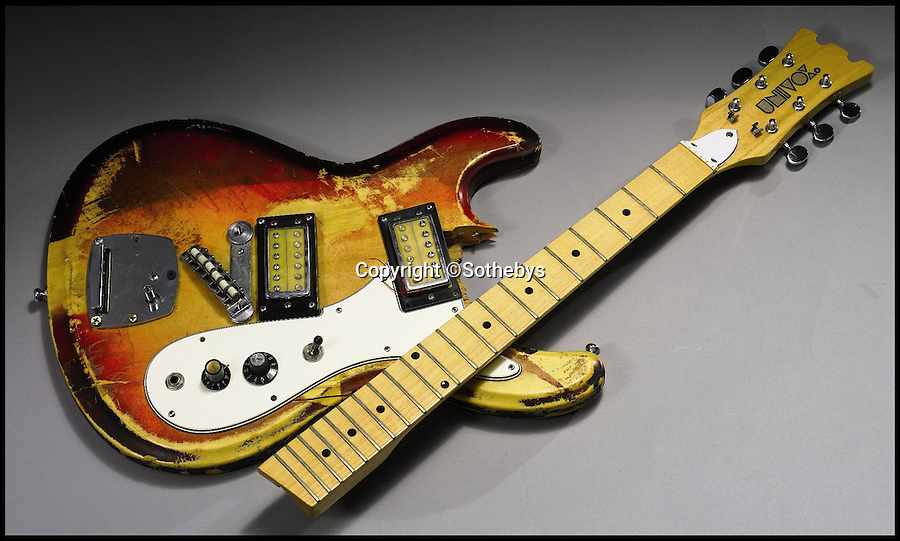 An electric guitar that rocker Kurt Cobain smashed up on stage then donated to a fan during Nirvana's first ever tour has emerged for sale for £25,000.

Cobain ended the small gig in 1989 at famed music venue Maxwell's with an angry display of rock showmanship, swinging his guitar into the drumkit.

The neck of the guitar, a cheap Univox Hi-Flier only worth around 60 pounds at the time, broke off of the body as Cobain, then just 22, trashed his instrument.