Add to Lightbox
Image 1 of 1
BNPS_GreatEscapeMurderInvestigation_013.jpg 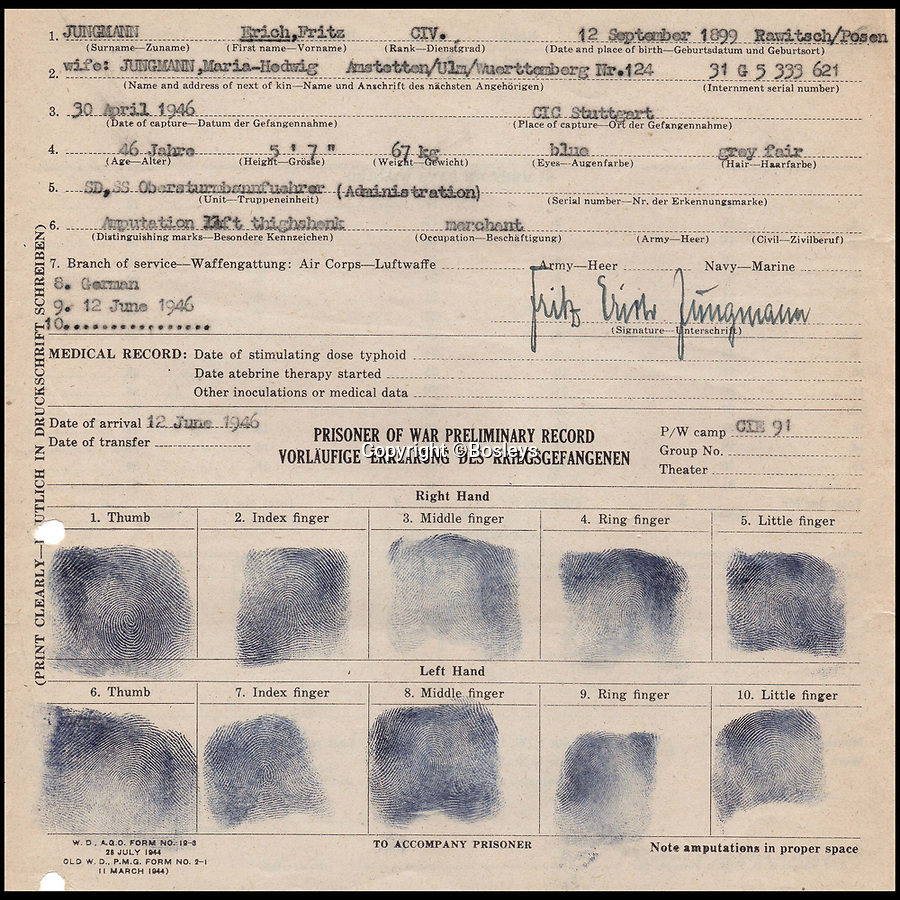 The documents, that include custody mugshot photos and fingerprints of Gestapo suspects, have been put up for sale through Bosley's Auctioneers.
©Bosleys 26 Jun 2018 2880x2880 / 1.4MB