Add to Lightbox
Image 1 of 1
BNPS_EinsteinsBroadside_02.jpg 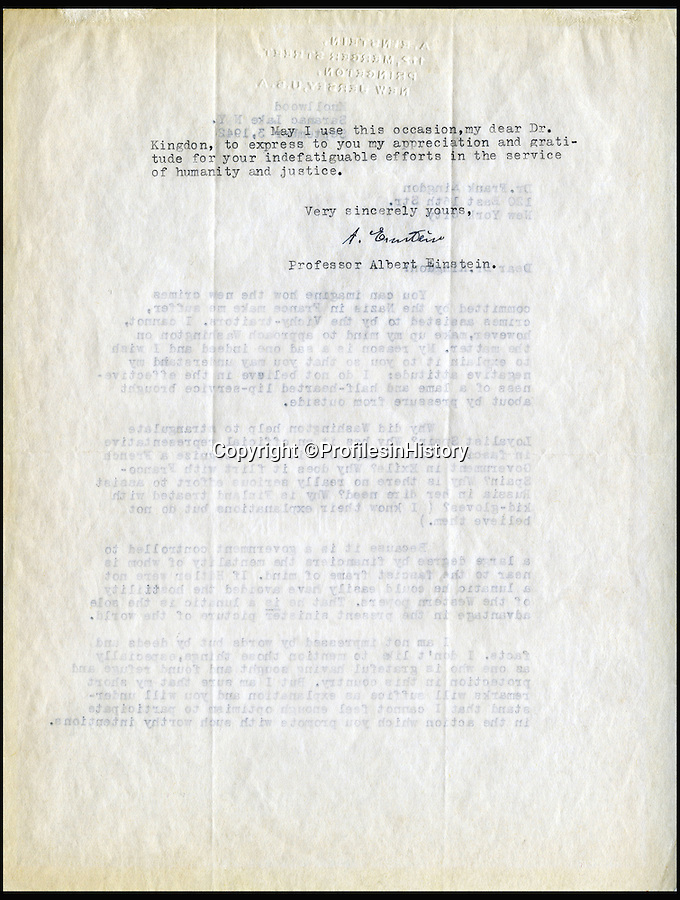 An explosive unseen letter from Albert Einstein berating Hitler, the US Government, Vichy France and General Franco has come to light.

The private letter written in 1942 controversially criticises the country that saved him from Hitler as being a 'Government controlled...by near fascist financiers' and not doing enough to defeat the Nazis.

The genius thought that before America entered the Second World War the country was being run by a super-rich fascist elite who sided with the Nazi regime and the US government was not inclined to act because of it.

And most damningly Einstein believed if it was not for Hitler's "lunacy" the US would have ultimately left the Third Reich in peace.