Add to Lightbox
Image 1 of 1
BNPS_CarelessTalkPosterCollection_03.jpg 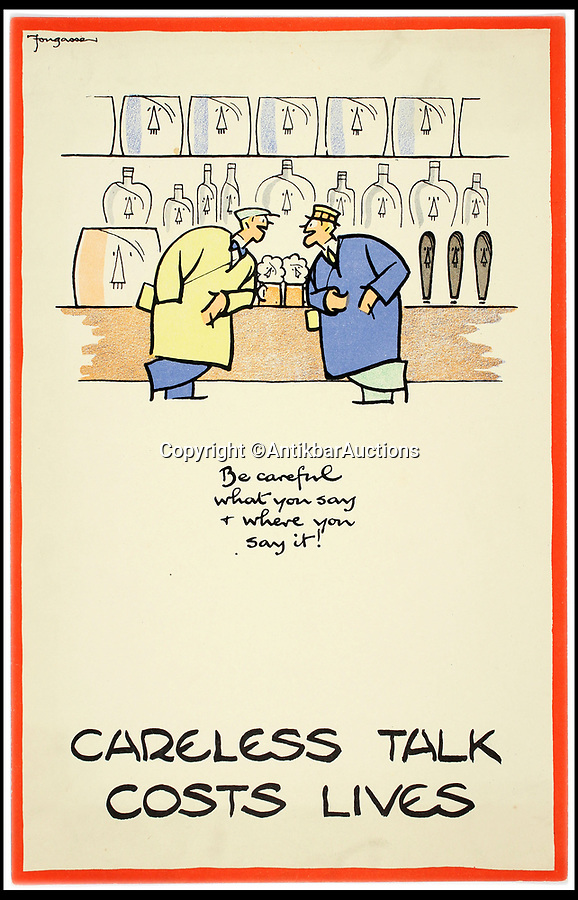 A collection of wartime cartoons warning members of the public to watch what they say have emerged for sale nearly £2,000.

The cartoon posters, drawn in a similar style to modern 'Where's Wally' books, where issued by the Ministry of Information during the war and would have been put up in a number of public places during the war years.

It the modern Royal Navy the expression 'loose lips sink ships' is a well-known one, however throughout the Second World War the sentiment was far more wider-reaching.

The collection of eight posters all carry the message 'careless talk costs lives' warning the public that enemy spies could be lurking around every corner.