Add to Lightbox
Image 1 of 1
BNPS_TitanicLetters_10.jpg 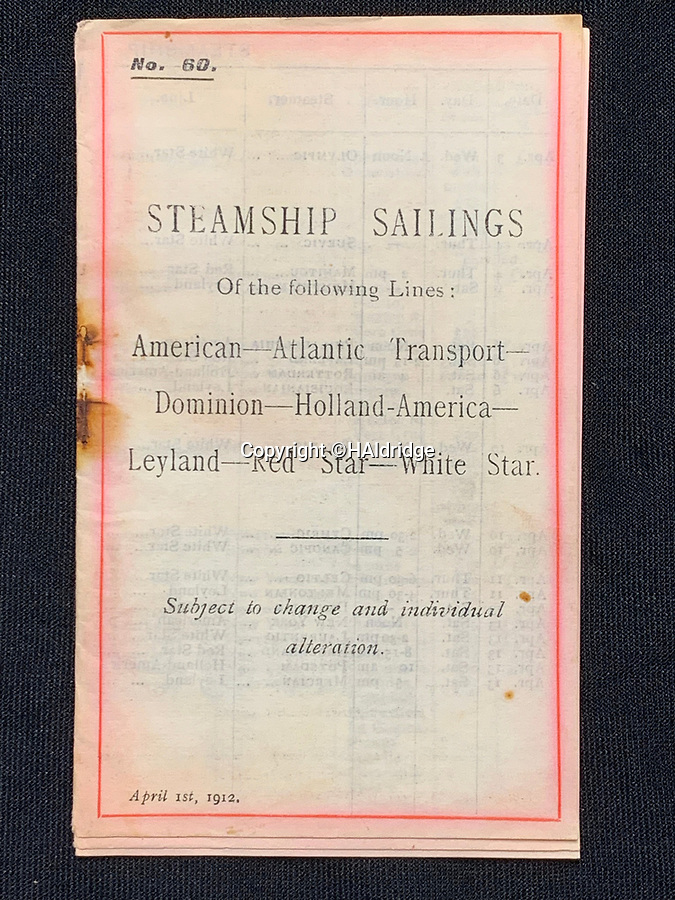 Official White Star Line book of sailing found on William Harrison after the Titanic went down valued at £18,000.

Remarkable water-stained documents recovered from the body of the assistant to the most controversial person on the Titanic have been discovered 107 years later.

The personal archive of valet William Harrison also includes a four page letter he wrote home to his wife moaning about his working conditions under Bruce Ismay.

The managing director of Titanic's owners White Star Line was portrayed as a coward in James Cameron's epic movie when he snuck into a lifeboat rather than going down with the ship.